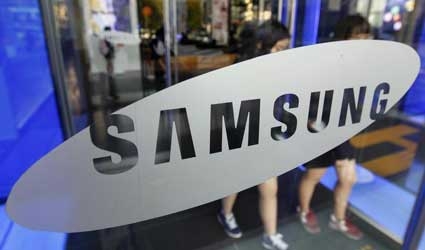 SEOUL (Reuters) – Samsung Electronics Co Ltd is on track to post its second consecutive year of record earnings as a rebound in its semiconductor business shields the South Korean tech giant from a slower smartphone market.

The world’s biggest memory chipmaker is likely to see its semiconductor earnings charge to a three-year high – a much-needed shot in the arm – just as sales of its flagship Galaxy S4 smartphone begin to flag, analysts say.

The global chip market has rallied since late 2012 due to a supply crunch caused by years of cautious investment to support prices, and conversion of factory capacity to produce more profitable chips used in smartphones and tablets.

The market further tightened following a fire in early September at a China plant owned by SK Hynix, the world’s No.2 chipmaker. The drop in supply helped divert customers to Samsung, whose heavy investment in cutting-edge chip-making technologies has made it head and shoulders above smaller rivals like Micron Technology Inc.

“As of now, there is no real competitor for Samsung in the (memory) chip business,” said Lee Seung-woo, a tech analyst at IBK Investment & Securities. “This dearth of players is expected to allow Samsung to post considerable operating profits throughout this year and next year, even if demand flags.”

Samsung is estimated to post an operating profit of 38.5 trillion won ($35.85 billion) this year, up a third from 2012, according to a survey of 45 analysts by Thomson Reuters I/B/E/S. The company said on Friday operating profit is likely to reach a record 10.1 trillion won in the third quarter.

Contract dynamic random access memory (DRAM) chip prices jumped 9 percent in the second half of September from the first half of that month while spot prices soared 37 percent.

UBS estimates supply of DRAM chips by SK Hynix would shrink by 14 percent in the fourth quarter, plunging the overall DRAM market into a supply deficit of some 7 percent. The South Korean firm aims to fully restore operations in November.

Shares in Samsung ended Friday unchanged, after advancing as much as 3.1 percent on Wednesday prior to the earnings guidance announcement. Financial markets in South Korea were closed on Thursday due to a public holiday.

Samsung estimated third-quarter operating profit rose 25 percent from a year earlier, the slowest since the third quarter of 2011 when profit shrank 11 percent.

Samsung’s mobile devices business has helped the company report a record profit every quarter since last year, except the first three months of 2013.

The division, which generates two-thirds of the company’s total earnings, is stalling as sales of the Galaxy S4 slow and the high-end market rapidly saturates, analysts say.

“The concern that high-end smartphones could see slower growth is a valid one. But Samsung has both the speed and fast-follower tendencies of Zara and a portfolio spanning high- and low-end products as well as components such as a brand like Swatch,” Lee at IBK said.

Barclays estimates S4 smartphone sales will have dropped to 16 million sets in July-September from around 20 million in the two months following its late April debut. Sales may slip further to 13 million sets in the fourth quarter, according to Barclays.

Samsung is widely expected to have sold 86-88 million smartphones in the third quarter, up from 76 million in the second quarter, as the company increased shipments of cheaper models to emerging markets.

Profits at its mobile division are seen at 6.4 trillion won, better than the second quarter’s 6.3 trillion won but down from a record 6.5 trillion won in the first three months.

Underscoring the slowing pace of growth in the industry, Taiwan’s HTC Corp posted its first ever quarterly loss on Friday, hit by fierce competition and supply chain constraints.

Samsung is now hoping new products such as the Galaxy Gear smartwatch and a curved smartphone, which it plans to introduce this month, to help sustain growth momentum.

Hot on the heels of Samsung, LG Electronics Inc is planning to introduce a curved smartphone in November, the Wall Street Journal reported. LG previously said it would introduce such a model by the year-end.

As Samsung battles slowing growth at the top end of the market, Kevin Packingham, the chief product officer of its U.S. mobile business, abruptly left the company. That was the second major management change in the United States this year where Samsung fiercely competes with Apple Inc.

Samsung said on Thursday that Packingham left the company for personal reasons. The departure followed the appointment of Gregory Lee, a former head of Samsung’s Southeast Asia business, as the chief of Samsung’s U.S. unit in July.