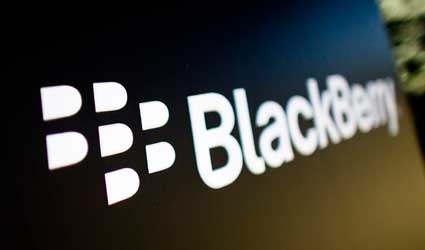 TORONTO (Reuters) – BlackBerry Ltd on Monday sought to reassure its restive customers and partners that it was financially stable and “here to stay,” even though it announced massive layoffs and sources say it is in talks to sell all or part of the company.

In an open letter published in 30 news outlets across nine countries, the Waterloo, Ontario-based company stressed that its customers can continue to count on BlackBerry and its products, despite the challenges it is facing and the changes it is undergoing.

BlackBerry’s products have struggled to compete against the likes of Apple Inc’s iPhone and the numerous devices powered by Google’s Android operating system.

A new line of smartphones that run on the BlackBerry 10 operating system has also failed to re-ignite sales, prompting the company last month to announce that it would slash its global workforce by more than a third.

“Our customers read a lot about BlackBerry these days, as we make the headlines quite often – this has created a lot of noise and confusion” Frank Boulben, the company’s chief marketing officer, said in an interview.

“We want customers to know that they can continue to count on us – we are here to stay. We have substantial cash on our balance sheet and we have no debt. We are restructuring our cost base and this is a very painful transition, but it will make us financially stronger and we want to get that message directly to our customers.”

The open letter is being distributed via social media channels and being published in Tuesday’s edition of newspapers across the globe, including the Washington Post and Wall Street Journal in the United States, and the Globe and Mail and National Post in Canada.

The company’s future was further thrown into question after it announced this summer that it is weighing its options, including an outright sale.

Sources have told Reuters that the company is in talks with Cisco Systems, Google Inc and SAP about selling all or parts of itself. Such a deal would be an alternative to a preliminary, $9-a-share offer by a group being led by BlackBerry’s biggest investor, Fairfax Financial Holdings Ltd.

Last week, BlackBerry co-founders Mike Lazaridis and Douglas Fregin also said that they are considering a bid to buy the smartphone maker.

Boulben said the uncertainty is the reason why BlackBerry is publishing the letter, which highlights the company’s strengths from its security offering to its device management capabilities and its mobile messaging platform.

Boulben said the company already has 6 million Android and iPhone customers pre-registered for the launch of its BlackBerry Messenger (BBM) service.

He said he expects the BBM to launch on both those platforms “within days,” adding that the company is confident that it fixed issues that arose after the initial cross-platform launch of the messaging service last month.

The company suspended the cross-platform launch last month, after an unofficial older version of BBM downloaded by a number of Android users caused issues with the messaging platform.