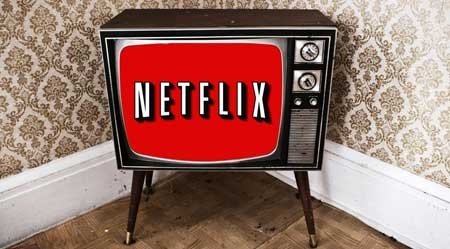 LOS ANGELES (Reuters) – Netflix Inc gained more subscribers than expected at home and abroad with help from original series like “Orange is the New Black,” impressing investors who sent its shares surging nearly 11 percent to a record high on Monday.

Netflix, the biggest gainer in the S&P 500 in 2013, quadrupled profit in the third quarter as it added a higher-than-expected 1.3 million customers to its subscription video streaming service in the United States.

The company, which has invested heavily in original series such as political satire “House of Cards,” said it had 31.1 million U.S. streaming users from July to September.

For the last three months of the year, Netflix said it expects to add about the same number of U.S. streaming customers it signed up a year earlier, and will end 2013 with 32.7 million to 33.5 million users.

“That keeps the view alive that this company has a larger subscriber base and has pricing leverage in its corner to extract more value,” said Janney Montgomery Scott analyst Tony Wible, who rates Netflix a “buy.”

During the quarter, Netflix released critically acclaimed prison drama “Orange is the New Black,” part of its push into original programming to attract customers to its $8-a-month movie and TV streaming service.

Its original series slate generated buzz during the quarter, with 14 Emmy nominations and three wins for shows including “House of Cards.”

The company said it will double investments in original programming in 2014, when it will air second seasons of both “House of Cards” and “Orange is the New Black.” Spending on original shows will remain below 10 percent of its global content expenses.

Netflix was added in September as an option on cable set-top boxes through two companies in Europe. CEO Reed Hastings, in a webcast after the earnings release, said he was “hopeful” Netflix could reach a similar deal with Comcast Corp or other U.S. cable operators.

Wall Street also singled out the company’s growth abroad. It added 1.4 million customers in international markets, bringing its reach in foreign territories to 9.2 million, and said it will launch in unspecified new countries next year.

Net income for the quarter reached $32 million, up from $8 million a year earlier, Hastings and CFO David Wells said in a letter to shareholders.

Standard & Poor’s equity analyst Tuna Amobi said Netflix appeared to be gaining traction in some of its newest markets, and noted that “Orange is the New Black” will end the year as the company’s most-watched original series.

“There is not a whole lot not to like. There is a whole lot of momentum behind the story,” Amobi said. “They appear to have turned an important corner for potentially sustained subscriber growth.”

Amobi said he had a “hold” rating on Netflix shares because of their valuation after the year’s stock run-up. Before the earnings release, Netflix shares had gained 283 percent this year, far exceeding the 23 percent gain in the S&P 500.

Twenty-three of 35 Wall Street analysts had a “hold” rating prior to Monday’s earnings release. Six rated Netflix a “buy” and six recommended “sell.” Sceptics question whether Netflix can grow quickly enough to justify its high share price and pay the cost of movies and TV shows, original programming, and its push into foreign territories.

Ten years ago, Netflix was the highest-performing stock on the Nasdaq when it was delivering video only through DVDs mailed in red envelopes, a business from which it is now moving away.

At that time, “we had solid results compounded by momentum-investor-fuelled euphoria,” Hastings and Wells said in their letter. “Some of the euphoria today feels like 2003.”