ECB may soon join The Flight Of The Doves 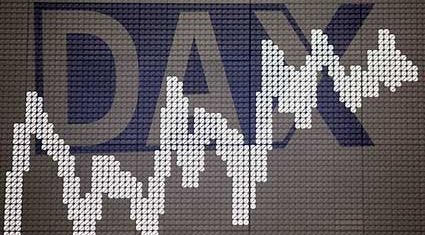 LONDON (Reuters) – Even as the euro zone economy shows faint signs of stirring, the European Central Bank is likely to send a dovish message this week that more monetary help will be on the way before long.

After a plunge in inflation to 0.7 percent in the year to October, well below the ECB’s target of just under 2 percent, UBS and RBS are among those who reckon a rate cut could come as soon as Thursday’s policy-setting meeting.

At the very least economists expect ECB President Mario Draghi to indicate that the balance of risk has tilted toward further easing, partly because the recent strength of the euro will hurt exports with a lag.

But many believe it would make more sense for the ECB to hold fire until December, when the bank’s staff updates its growth and inflation forecasts.

“A significant downward revision to its inflation number for next year – let’s say at or below 1 percent, from 1.3 percent currently – may push the ECB to act,” said Giuseppe Maraffino, a bond analyst at Barclays.

A cut in the ECB’s main refinancing rate, now at 0.50 percent, would have the greatest headline impact.

Other options include a reduction in the deposit rate to below zero, which would have a bigger effect on money market rates, or a promise of another long-term refinancing operation to ensure banks have plentiful liquidity.

Sarah Hewin, an economist with Standard Chartered Bank in London, agreed that disinflation made the case for a rate cut more compelling. But she said there were signs the euro zone’s economy was turning up.

The ECB’s latest bank lending survey provided evidence that credit constraints might soon ease, while struggling members of the euro zone periphery appear to be touching bottom. Spain returned to modest growth in the third quarter.

“We haven’t changed out forecast, which is for no rate cut, taking into consideration way the ECB has approached policy previously,” Hewin said.

Although the strong euro might be weighing on prices, the drop in inflation fundamentally reflects immense slack in the euro zone. Unemployment in September was a record 12.2 percent.

“Though a few central banks will write off disinflation as a lagged response to output gaps, generally G10 monetary policy will remain easier for longer on a global scale,” he said.

ALL EYES ON CHINA’S PLENUM

Economists unanimously expect the Bank of England this week to keep its short-term policy rate at 0.5 percent and its asset purchases at 375 billion pounds, even though the British economy has logged two consecutive quarters of robust growth and house prices are surging in and around London.

And many believe the Federal Reserve, which held policy unchanged last week, is unlikely to start reducing its bond purchases from $85 billion a month until 2014, not least because economic statistics have been muddied by last month’s partial government shutdown in a row over the federal budget.

Friday’s U.S. employment report for October is likely to show that nonfarm payroll growth slowed to 125,000 from an already unimpressive average over the previous three months of just under 150,000.

Economists polled by Reuters are also forecasting the unemployment rate to tick up to 7.3 percent from 7.2 percent.

“Coming as it will with the slowing in the interest rate-sensitive sectors of housing, business investment, and auto sales, such a reading would effectively eliminate the possibility of a December taper,” she said.

With the Fed waiting to examine ‘clean’ data, the preliminary report of third-quarter GDP will be less important than usual. Economists expect a growth rate of 1.9 percent, down from 2.5 percent in the April-June quarter.

Far more important in the longer run for the global economy will be a gathering of the Chinese Communist Party’s Central Committee to plot economic strategy for the next few years.

Whereas Western central banks have embraced forward guidance with gusto, the CCP remains frustratingly opaque: expectations that the November 9-12 meeting will provide a blueprint for policy reform are likely to be disappointed.

The key gauge of success should be whether the leadership presents a coherent plan to shift the economy from investment to consumption that can provide clear direction to officials over the years ahead, according to Nicholas Consonery and Michal Meidan with Eurasia Group, a consultancy.

“By contrast, a piecemeal approach would signal that the leadership has been unable to agree on a framework for how reform should progress,” they said in a report.