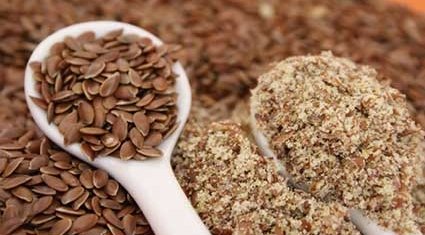 Researchers said it’s too early to swap out blood pressure medication for the fiber-filled seeds just yet. But if future studies confirm the new results, flax might be a cheap way to treat high blood pressure, they added.

Flaxseed is well known as a plant source of omega-3 fatty acids, fiber and lignans, a type of antioxidants.

But so far, its effect on high blood pressure, or hypertension, has been better studied among animals than humans.

“This is the first demonstration of the cardiovascular effects of dietary flaxseed in a hypertensive population,” Grant Pierce told Reuters Health in an email. Pierce is the senior author on the study and executive director of research at St. Boniface Hospital in Winnipeg, Manitoba, Canada.

One in three American adults has high blood pressure, considered 140/90 millimeters of mercury (mm Hg) and over, according to the National Institutes of Health.

Having high blood pressure increases a person’s risk of heart disease and stroke. The condition costs the U.S. billions of dollars each year, Pierce said.

“It is the number one reason for a person to visit a physician in the U.S. today,” he said. “Understanding how to reduce blood pressure has become, therefore, a critical challenge.”

His team’s results were published in the journal Hypertension.

The trial included 110 people who had been diagnosed with peripheral artery disease, in which plaque builds up in arteries in the leg. Patients with the condition often have high blood pressure.

The participants were randomly assigned to either a flaxseed or comparison group.

People in the flaxseed group ate a variety of foods like bagels, muffins and pasta that contained 30 grams – about one ounce – of milled flaxseed every day for six months.

Those in the comparison group were given foods that tasted similar, but didn’t contain any flaxseed.

The researchers had participants increase their dose of flaxseed gradually so they could become accustomed to the fiber load.

Still, one in five participants dropped out of each group during the trial. Some of that could have been due to stomach pain from the extra fiber, Pierce said. Peop

le who had an initial systolic blood pressure – the top number in a blood pressure reading – of at least 140 mm Hg saw that figure drop by 15 mm Hg, on average, after six months of taking flaxseed.

Their diastolic blood pressure – the bottom number – also fell by 7 mm Hg. Blood pressure did not change among people with hypertension in the comparison group.

“These decreases in (blood pressure) are amongst the most potent dietary interventions observed and comparable to current medications,” Pierce said.

There was no flaxseed-related benefit for people with normal blood pressure, however.

Flaxseed costs about 25 to 50 cents per ounce.

The new study was partially funded by the Flax Council of Canada. It wasn’t originally designed to study blood pressure, which means the results have to be interpreted with more caution.

“The study results are indeed surprising – it is actually hard to imagine such huge reductions in blood pressure with flax seed mixed in food stuffs,” Dr. William B. White told Reuters Health in an email.

White, from the University of Connecticut School of Medicine in Farmington, is also the president of the American Society of Hypertension. He was not involved in the new study.

He also expressed some concern that measuring blood pressure changes was not the initial reason for doing the study. And he said the way blood pressure was measured – during a single office visit – isn’t as accurate as checking it at multiple points throughout the day.

“The results are preliminary – there is not enough information to justify people taking flax seed for the control of hypertension. A larger, more controlled trial with out-of-office blood pressure would be needed,” White said.

According to Pierce, a new study is underway.