An insight into Spanish history culture and art 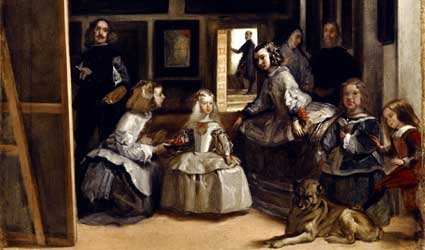 THIS year’s autumn exhibition at Madrid’s Prado Museum provides an insight into Spanish history, culture and art covering the period between 1650 and 1680. It was a defining moment in Felipe 1V’s reign with political, military and financial crisis, and the culmination of Velazquez’s illustrious career as official artist to the royal family during the golden age of Spanish art.

It also provides a comparison between his works and those of his assistants and successors, Juan Bautista Martinez del Mazo, his son in law, and Juan Carreno.

Felipe 1V had been going through a difficult period when he married Mariana of Austria in 1649. His first wife, Elizabeth of France, had died in1644 and two years later he lost his 17-year-old son and heir, Baltasar Carlos, to smallpox.

Two years after the marriage, La infanta Margarita was born and in the same year Velazquez returned to Madrid from Rome. It was the start of an extraordinary close relationship between the King and the artist.

The King and Velazquez

Velazquez had been influenced by Rubens and was acknowledged as one of the finest portrait painters of the baroque era, although never quite reaching the status of his contemporary, Rembrandt. During his visits to Italy, considered the mecca for artists, his talent as a portrait artist was recognised by Pope Innocent X. When he returned to Madrid as official artist to the Royal Family, his relationship with the King gave him access to the palace, which was a rare privilege.

The first part of the exhibition displays portraits of the Pope and cardinals in Rome and includes two of King Felipe 1V. A large section is devoted to the numerous portraits of the Queen, Mariana of Austria, Maria Teresa, both her stepdaughter and cousin, and especially her daughter, La Infanta Margarita, wearing the traditional framed dresses in a variety of colours. His paintings of Felipe Prospero and La infanta Margarita, were considered to be among the finest portraits of children up to that time.

Although his earlier portraits were classical with the subject against a dark background, he took advantage of using real locations in the palace and adding personal objects such as flower vases, pets, and ornaments to give greater sense of family life, space and depth to his works. This is evident in his masterpiece, Las Meninas, which is included as part of the exhibition even though it remains in its permanent place in the Prado.

Despite its complexity it remains a family portrait including the La infant Margarita, her maids of honour, dwarfs and pets as well as Velazquez himself and the King and Queen, who are reflected in the mirror. Velazquez is believed to have borrowed the idea of using mirrors in his works from the Arnolfini Marriage, Van Eyck’s masterpiece, in the National Gallery, London.

Controversy has arisen over a ‘copy’ of Las Meninas, attributed to his son in law, which belongs to the William Bankes collection at KingstonLacy in Dorset, UK, now part of the National Trust, believed to have been painted in 1660, the year of Velazquez’s death. It came to England during the early part of the 19th century.

Art historian, Dr Matias Diaz, from the Spanish Royal Academy of Art, who has spent years researching the origin of the painting, said. “I consider this work to be a first, smaller draft of Las Meninas, painted by the master himself.” This is contested by the exhibition’s curator, Javier Portus, who argues. “A simple study of the Kingston Lacy work shows it lacks colour and detail and it is not an original.”

A close inspection reveals differences. There is a mystery over the Cross of the Order of Santiago, an honour bestowed on Velazquez by the King in 1659 and who ordered it to be added to his tunic in the main painting after his death. In addition the king and queen are clearly reflected in the mirror and he delicately holds the brush. In the Kingston Lacy painting the cross is not apparent, neither is the brush and the reflection in the mirror is unclear. There is also a likeness between this work and the family portrait of Martinez del Mazo painted in 1665. This controversy is likely to remain unresolved.

The final section covers the period following the deaths of Velazquez in 1660 and the King in 1665. These are works by Mazo and Carreno illustrating the continuity of Velazquez’s style. Margarita married her uncle Leopold of Austria to forge an alliance, which led to the transfer of several of these paintings to the Kunsthistorisches Museum in Vienna. The portraits of Queen Mariana, who became regent, while her son Carlos was a child, depicts her in mourning, while the young king, Carlos 11, appears in his full royal regalia.

The exhibition, organised in conjunction with the AXA Foundation, displays 29 major works of which 15 belong to Velazquez. Many of the works on loan from overseas museums and private collections, have never previously been on display in Spain.