Is It Adios America! 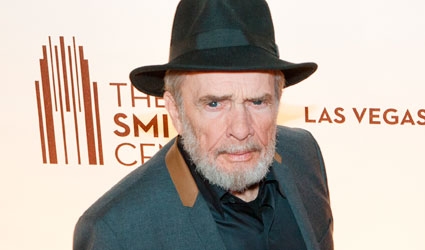 WHEN a friend spent a month touring the United States, I could appreciate his being impressed. It is easy to be seduced by panoramic grandeur and the colour of new cultures vastly different from one’s own.

Had his itinerary taken him to the hundreds of tent cities, to bankrupt metropolis like Detroit that now resemble Berlin 1945 he might have been less impressed.

Country music icon Merle Haggard must have had psychic powers when in 1982 he penned the ballad Are the Good Times Really over for Good?

The country song’s poignant lyrics hark back to Paradise Lost, a countrified America of domestic bliss, of values that have since disappeared. It was ‘a time before Elvis, before the Vietnam War came along.’

Change means that Haggard’s longed for America can now be found only in a few remote towns.

A flick through his illustrations will tell you more about ordinary life in the United States 1921 – 1960 than any number of history books.

In Haggard’s country music hit, he describes the United States as now ‘rolling down hill like a snowball rolling to hell.’  Today, the country’s leading politicians and its best journalists repentantly contemplate the abyss. The American dream has turned into the American nightmare.

If the US was United States Inc. it would be declared insolvent. The directors would likely be jailed for embezzlement, counterfeit money printing, corruption, share dealing, lying to the receivers; barred from holding office.

You do not believe me. Google ‘List of American federal politicians convicted of crimes.’  You will be forgiven for thinking that you mistyped and found San Quentin Penitentiary by mistake.

The Department of Homeland Security (DHS) is now engaged in a massive, covert military build-up. An Associated Press article in February confirmed a purchase order for 1.6 billion rounds of ammunition. That is enough to sustain an Iraq-sized war for over 20 years. DHS also acquired heavily armoured tanks, since seen roaming the streets. Evidently, somebody in government is expecting some serious civil unrest.

If the social and economic fabric of the United States shreds, if it collapses into bankruptcy and the dollar ceases as a trading currency, what then for Europe?  American isolationism could leave the anti-Russia debt-riddled EU isolated too.

It would be easy to fall back on the words of the great American writer, Mark Twain: “The reports of my death are greatly exaggerated.”  Who is right, the nation’s writer laureate or a country music singer? Interesting times lie ahead.