The dark side of the English Channel 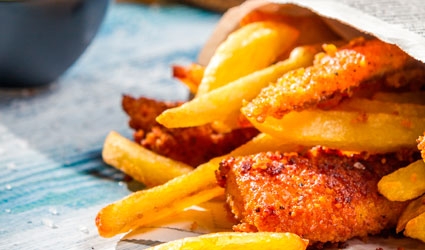 I HAVE long suspected that Europeans and the British are far more than fish and chips apart.

Are those who retire to Europe better Europeans than those we leave behind? Are we returning to our roots? Most of England’s people can trace their lineage back to European ancestors.

However, many keep their Anglo-Saxon roots firmly fixed in what was once Celtic soil. As far as mainland Europe is concerned there is an ‘us and them’ detachment about Little Englanders.

To them, Spain appears to be a holiday theme park along the lines of the other one in Florida. Most British visitors enjoy their holidays then add, ‘but I couldn’t live here.’

Was it ever thus? During Queen Victoria’s reign it was commonly thought that civilisation stopped at the English Channel.  Any ill-fated person born on the far side of Dover’s lapping shoreline was regarded as ‘Johnny Foreigner.’  An oft repeated phrase was: “He’s a foreigner, ‘eave ‘alf a brick at him.”

My Great Grandmother would be as familiar with the Napoleonic Wars as we are to World War Two. Legend has it that a monkey on board a passing French ship, for entertainment purposes dressed in military uniform, survived the ship’s sinking on England‘s east coast.

Soon afterwards Hartlepool’s alarmed citizenry discovered the shivering creature. These worthy folk had been forewarned about the diabolical intentions of the French. Having little desire to speak in such lingo the beachcombers decided the hapless monkey to be a French spy.

The doomed monkey was duly questioned and its fate decided. At the close of the improvised trial, the hapless creature was hanged from the cobble mast of a nearby fishing smack.

Such anti-European prejudice was set to continue. The beastly Germans, it was said, passed poisoned sweets to children during the Great War.  Dachshund dogs were stoned and in 1939, the Press depicted the same breed of dog with swastikas crudely drawn on their backs.

Is mainstream media responsible for anti-Europeanism? On November 21 the worst imaginable human tragedy in northern Europe struck.  Fifty-four shoppers were crushed to death when a Canadian designed, German built supermarket collapsed in Latvia’s capital. Riga is roughly the length of Britain away from England.

The indifference displayed by British media was grotesque, its disdain for all things European laid bare. It was day two before many papers reported the story.  I first heard of the scale of the calamity on Facebook and Russian media.

A comparatively minor event in America, a storm, a mall shooting or unusual murder is given far greater coverage. The UK media hangs on every word stemming from Congress whilst Europe remains the dark side of the channel. Neither European nor American, has Britain lost its identity and if so where lies its future?