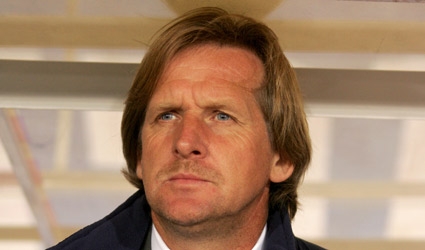 MALAGA face Valencia at La Rosaleda on Friday night (kick-off 9pm) having slipped to 14th in the table following a 1-0 defeat to Levante. Bernd Schuster’s men must be kicking themselves after dominating a bad-tempered match at the Ciutat de Valencia and that saw countless bookings, arguments and numerous stoppages.

The visitors got off to a decent start in the opening exchanges, with Duda having a shot blocked by Vyntra after six minutes and Camacho seeing a header fail to find the target. Levante survived the early pressure and hit back through Ivanschitz, whose effort was parried by Malaga goalkeeper Caballero, before Barral mis-hit his finish with the goal at his mercy. However, the hosts did find the net on 19 minutes when Barral leapt highest inside the box to nod Ivanschitz’s right-wing corner past Caballero at the far post.

Malaga suffered another blow just after the half-hour mark when defender Weligton was forced to leave the pitch through injury, to be replaced by debutant Flavio Ferreira. Other chances were few and far between in the remainder of the half, with Ruben Garcia for Levante and Samuel for Malaga both unable to find the target, but it was the Costa del Sol side that finished the stronger.

After the break Malaga picked up where they had left off and Santa Cruz had an effort cleared off the line by Juanfran, while Camacho, Duda and Tissone all added to the frustration with near misses. The game itself then descended into a series of squabbles between both sets of players as referee Mallenco struggled to contain the situation, and several names went into his notebook. Eventually, as some degree of normality returned, it was Malaga who had the best of the chances, with Eliseu spurning the clearest of them on 71 minutes as he passed up the opportunity to shoot from the edge of the area. Substitute Anderson, Sanchez and Duda were all subsequently denied as Los Blanquiazules desperately sought an equaliser, but it was to no avail as Levante held on to claim all three points and leave Schuster’s men empty-handed.