A tale of three newspapers 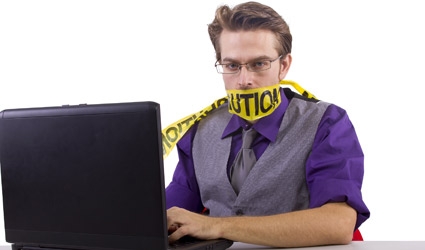 The cynic would have it that a journalist is a person who scribbles on the back of advertisements. That may be so but what they write will be published only if it stays within a set of rules.

Writing for media in three parts of our much troubled world gives insight into wildly differing codes of news reporting. I write and broadcast for US media. Whatever criticisms I have of the US it must be read (sic) that they do value freedom of expression.

As I pull the microphone towards me I know I can say more or less whatever comes to my politically incorrect mind. However, to voice the same opinions on German, French or UK radio would be reckless to say the least.

The right to Freedom of Expression is enshrined in the UN Charter but the high-minded mantra is not to be taken too seriously. Each country in the EU will abide by their own rules.

An elastic concept freedom of expression stretches further in some countries than it does in others. What is illegal in Germany or France is not regarded as contentious in Spain or Ireland. This is no doubt on account of their different histories and therefore sensitivities.

Eastern European media can be said to be black and white and red all over. Editors in former Soviet Bloc countries grow pale at the mere sight of Western Europe’s brash tabloids. They never push boundaries. If submitted content is likely to even mildly offend the establishment they don’t publish it; simple.

The Berlin Wall may well have come tumbling down but the post Soviet media mindset stands as straight as the honour guard at Lenin’s mausoleum.

Unlikely to be found in main media tabloids is humour, criticism of public figures, challenging columnists, off-beat fashion or anything that could be tainted by sensationalism. If celebrity gossip, rape, pillage, murder, scandal and mayhem float your boat then don’t go looking for it in the post-Soviet press. You will be disappointed.

Editors of Eastern European media are gatekeepers and guardians of strait-laced conformity.  Expect pages of press releases issued by various central and local government departments.  There will be an abundance of political comment penned by po-faced intellectuals written in double-speak.

I imagine that the aim of most Western media editors is to engage with their readers.  Unafraid of pushing boundaries I recall a Euro Weekly News editor inviting me to be challenging and unafraid of controversy. Had I been an Eastern European scribbler I would have been aghast at this suggestion. Count our blessings, Eastern European journalism is probably a generation removed from the editorial content of the UK’s tabloids.

The Western media for all its faults, and it has many, is perhaps the best compromise between license and political conformity.