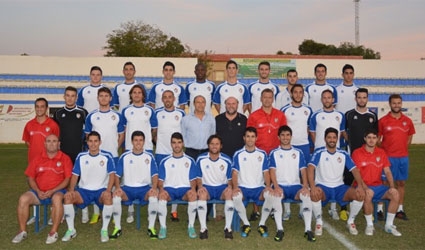 Last Sunday tenth placed Torrevieja (‘Torry’) entertained fifth placed Muro whose form has dipped a bit of late after failing to score in their last six games but nevertheless only conceding a solitary goal with five draws and one loss. The signs were that it would be a tight game.

Torry returned to play at their “spiritual” home, the Vicente Garcia, which has recently been reseeded and looked in fantastic condition.

The game kicked off in front of a disappointing crowd of around 300. Torry started on the front foot and carved out a chance which resulted in a header at the back post by by Alberto producing a good block by the keeper.

It was end to end stuff and on 11 minutes Muro took the lead after their left winger beat Vicente for pace and delivered an excellent cross which was met by a Muro forward with a firm header into the back of the net.

Torry responded well to the early setback and pounded the Muro goal and had a couple of opportunities which were denied by the Muro keeper by excellent saves. Their pressure eventually paid off when Alberto got to the by-line and put over a superb cross to the back post which was met with a downward header by Pastor into the back of the net.

The game evened up and towards half-time Obele had a couple of chances to put Torry in front, first with a header from a good cross from Dani Messeguer and then from a through ball from Dani Lucas.

Torry started the second-half strongly and Pastor had a good run and put in a cross which Carrasco met with a half-volley which was deflected for a corner. Torry continued to be the more attacking minded with Muro content to contain and try and hit Torry on the break.

After 23 minutes a fine ball in by Alberto was headed against the post by Carrasco – unlucky. With 15 minutes to go Torry took off Carrascoand brought on Raul Martin.

Torry appeared to lose their shape and Muro sensed that they could go on to win the game and committed more men forward and pushed Torry back into a rearguard action with some desperate defending keeping them out. Muro almost snatched it in the last minute when an effort from around the penalty spot struck the post.

On balance a draw was probably a fair result. The pernickety referee cautioned Torry players, Carrion, Vicente, Alexis, Dani Messeguer, Valdeolivas and Rafa ( on the bench). Torry move up to 9th place 5 points off a play-off position..

On Sunday Torry make the long journey to play bottom of the table Utiel. They need to come back with all 3 points.

A satisfied Darrylldinho,following his adopted team draw in an at times lively encounter.