The good, the bad and the bonkers 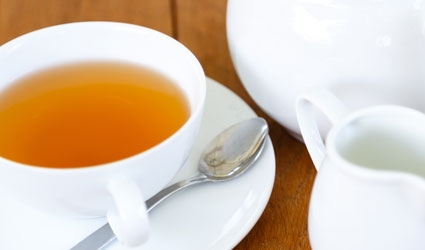 The accidentally leaked cement into a control room on London’s Victoria Line which recently caused half the line to go down with “flooding” made me think about other embarrassing blunders at work.

During my gap year, I was a trainee in a company and, on my first day, asked to make tea for some visiting Japanese businessmen. In the kitchen I boiled up water as you do but added it to the tea leaves left in the pot by someone else and innocently stirred up the contents. (Stop sniggering at the back there! OK, spoilt rotten by the parents!) Anyway, I can’t imagine how yucky that stewed tea must have tasted. So, yes, pretty yucky. In fact, it couldn’t have got much more yucky than that (as Gregg Wallace might say). Strangely, though, all the Japanese gentlemen declared how much they’d enjoyed their “English” tea – such a change, they said, from their usual green variety.

And what about other holiday jobs? An acquaintance, working as a nanny in France, added some of her own dirty clothes to ‘her’ family’s laundry. When the machine cycle finished, she was aghast to see her red shirt had turned her boss’s exquisite white lingerie shocking pink. In desperation, she tried to bleach it back to white, using neat bleach. The lingerie fell apart in her hands.

Working in retail is also rife with mistakes too, eh? One bloke’s holiday job was as a ‘floater’ in a large department store, assigned to random areas each day to assist customers. One time, he was sent to the baby goods section and asked a well-built lady: “When are you due?” At first, she just looked at him quizzically, then smiled. “I’m not pregnant. Just looking for a gift.”

Someone else, working on the customer service desk at Tesco, once made an intercom announcement profusely thanking customers for shopping at Lidl. A genuine mistake – he’d just changed jobs.

Recall your greatest blunder, then? Apart from unforeseen accidents, some mistakes at work involve poor risk management, others the disconnect between authority and responsibility and still others just sheer incompetent management. Other types, though, may be simply down to insufficient training or poor hiring decisions. So, over to you, President Hollande, what’s your biggest mistake to date?