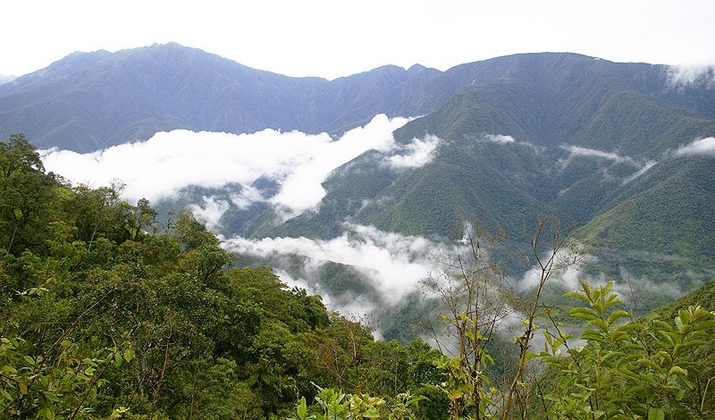 Police found the pair in the Yunga de Totora jungle

Police announced yesterday that they have arrested a 35-year-old man in Bolivia who was wanted for kidnapping a young girl in L’Hospitalet de Llobregat (Barcelona) and holding her captive in the jungle.

Authorities said Grover Morales had been hiding out with the nine-year-old girl for the past seven months.

Morales had held the girl hostage in at least three different areas of a Bolivian rainforest before authorities managed to catch up with him.

Morales allegedly forced the young girl to walk for days through dense areas. He reportedly had to clear a path with a machete.

On March 8 authorities found the girl sleeping on a dirt floor in a shanty community.

Civil Guard Captain Álvaro Moreno said during a press conference: “She started crying when she heard us speaking a language she was familiar with.”

Moreno said that the girl, of Moroccan origin, was subjected to hellish living conditions, given poor food and forced to work with her captor in the coca plantations.

Jordi Domènech, an inspector with the Catalan Mossos d’Esquadra police, said that the girl was allowed to travel with the 27-year-old Morales last August on the condition that he would return her in seven days.

When he failed to return, the parents filed a complaint on September 5.

In an interview with Bolivian reporters, Morales said that the girl’s parents allowed him to take the girl in exchange for gold he said he would bring back for them.

The pair traveled to Madrid from Catalonia by bus before boarding a plane to Bolivia.

Police sources say that Morales decided to keep the girl and that, eventually, he wanted to marry her. They haven’t ruled out sexual abuse.

It is not yet known whether the girl’s parents are also under investigation.

Civil Guard officials say they hold little hope that the man – a Bolivian national – will be extradited to Spain to face charges.

Morales had been a neighbor to the girl’s parents. He had gained their trust, even convincing them that he had converted to Islam. He had reportedly been living in Spain under a false identity.

Police also revealed that Morales had been charged in Bolivia for raping his two sisters but the case fell through when their mother convinced them not to testify against their brother.

The girl was being held in a juvenile center, waiting to be returned to her parents in Spain.