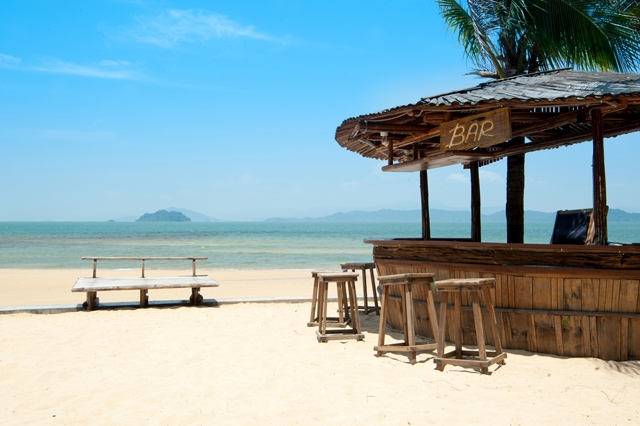 Costa Blanca To Have Spain’s First Sustainable Beach Bar COSTA BLANCA is set to have Spain’s first ever sustainable beach bar When the current contract for the beach bars, or chiringuitos, runs out in 2024, Gandia on Spain’s Costa Blanca will become the first city in the Valencian Community, if not all of Spain, to operate fully sustainable establishments. To explore the ways in which the chiringuitos can be made as environmentally friendly as possibility, the local government has enlisted the help of the Territorial College of Architects of Valencia, who have launched an ideas contest aimed at young professionals to come up with the design and characteristics for the new beach bars. The winner will be announced at the beginning of May and receive €3,000 in prize money; second and third places will receive €1,500. The architects are forbidden from using polluting elements in their design, but must include such environmentally friendly techniques such as wind turbines or solar panels for energy, cooling through an evaporations system rather than air conditioning and ideas to reduce energy consumption. They are also encouraged to use recycled material that can be locally sourced. The councillors for Tourism and the Environment of Gandia, Vicent Mascarell and Alicia Izquierdo, announced on March 31 that the chiringuitos would be eliminating the use of single use plastics also, and only using recyclable glasses, plates and cutlery. "We want to place Gandia beach as an avant-garde space," Alicia Izquierdo said. "I am convinced that the tourism of the future will be sustainable or will be," Vicent Mascarell added. He also said that where there are now ten beach bars, the number will be increased to twelve in order to provide the best possible customer experience on what is considered to be one of the best beaches in Spain. In addition, the new chiringuitos will be bigger, with 150 square metres under cover and 50 square metres of terrace space. Source: Levante

Yet more beach bars in the Axarquia are facing an uncertain future despite a new law that was supposed to secure their position.

While most beach bars are celebrating the new coastal law, the establishments along Motril’s Poniente beach area are in a difficult position as they may have to demolish and re-build.

The new law states that all beach bars must be right next to the beach wall but beach bars in the are are so far from the wall that there is room for a lane of cars.

Francisco Trujillo, president of the association of beach bars on the Tropical Coast, has classified this directive as “dramatic” and claims that the bars will not be able to absorb the cost at this time as they are suffering from the recession.

“We are worried” says Trujillo stating that this may be the last straw for an industry already hit hard by the economic crisis.

Trujillo said that the association was pleased with other aspects of the new law such as the renewal of the concessions for the next 30 years.

The Euro Weekly News recently reported that four beach bars at Nerja’s El Playazo beach have been ordered by the Junta de Andalucia regional government to close immediately as they occupy land in the public domain.