Wales may curb use of e-cigarettes 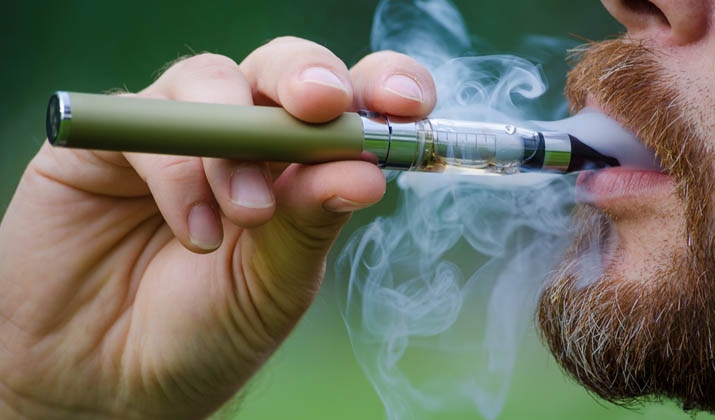 Wales is considering banning e-cigarettes in bars and restaurants over fears they “normalise” smoking.

If the ban goes ahead Wales would become the first UK area to ban smoking e-cigarettes in enclosed public spaces like bars and restaurants.

Health Minister for Wales Professor Mark Drakeford said officials are mulling over the move amid concerns that widespread use of the products could make smoking ordinary cigarettes seem normal – and be a draw for youngsters.

He said: “Our concerns are that because they mimic the use of conventional cigarettes, they lead to renormalisation.

“We’ve spent 30 years in this country persuading people to give up smoking.

The UK government announced a ban in January on under-18s buying e-cigarettes. The law is part of a plan to reduce teenage smoking.

The products are proving somewhat controversial. Many argue that they reinforce the behaviour of smoking, making it harder to give up in the long term and encouraging more young people to take up the habit.

But e-cigarette manufacturers maintain that they are helping many smokers kick the habit.

E-lites Legal Director Charles Hamshaw-Thomas said: “We think we should be working together here and actually normalising non-smoking. E-cigarettes can do that.

“The data we’re seeing shows there’s around 1.3 million e-cigarette users across the UK and those people are finding these products incredibly helpful in helping them transition away from using tobacco.”

Deborah Arnott from health charity Action on Smoking and Health (ASH) said: “The concern that electronic cigarettes may be a gateway into smoking is understandable.

“However, this is not borne out by the evidence so far from England, where our research shows that their use is almost without exception only amongst current and ex-smokers.

“There is growing evidence that they are effective in helping smokers quit and this is to be welcomed.

“We’re pleased that the Welsh government is consulting on whether to ban their use in enclosed public places as it is important to take account of the evidence before going ahead.”