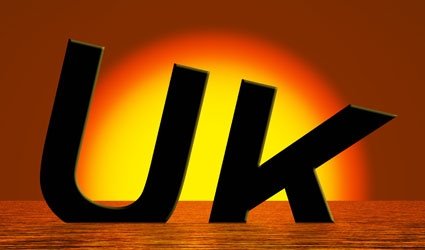 IN DECLINE: The attitude of the British public is changing.

I DO get fed up with people telling me I’m merely being paranoid when I discuss the decline of the UK and its society.

These people (and I’m delighted to say there are now far fewer than in the past!) seem to forget, that in my dual role as a working entertainer and columnist, I speak and am contacted by a tremendous number of so called ‘ordinary folk,’ from all walks of British life. I can tell you quite categorically, they are all now totally peed off with what is happening to our once great country.

They are sick of being ruled by decisions made in other countries and they are heartily sick of Islamic bigots who seem to be able to get away with just about anything.

The tolerant mood of the British public is undoubtedly changing. People are beginning to speak out. Most have been quiet up to now; almost afraid to air their views in case of being accused of bigotry or racism. Well no more.

And why shouldn’t they, when the ranting of their enemies (and believe me, they are enemies) are not only allowed to be aired just about anywhere, but also when they contain blatant, hate pro-voking anti-British rhetoric, are punished by a mere slap on the wrist?

If that level of incitement was aired in public by a member of the BNP they would be undoubtedly thrown in jail. In my cabaret spot, I have a couple of fairly light digs at the ‘changing face’ of Britain.

When I first used the remarks they were met mainly by an almost fearful silence. As time went on the odd chuckle was the result. Over a period the chuckles turned into unchecked laughter. The same remarks are now greeted not only by laughter, but often applause.

A more accurate barometer for the changing attitude of the British public would be hard to imagine. I think one of the reasons for the disquiet is because, even with Cameron’s declarations, not much has changed. I suggest Dave and the team start speeding up the instigation of a few of their election promises, before a thoroughly fed up British public begin to take to the streets.

If that happens then the prophecies of Enoch Powell may finally come to pass, coupled with finding Mr Farage and colleagues posing on the steps of Number 10!

Have a good week. Try to lend a helping hand. and whatever ya do, always keep the faith