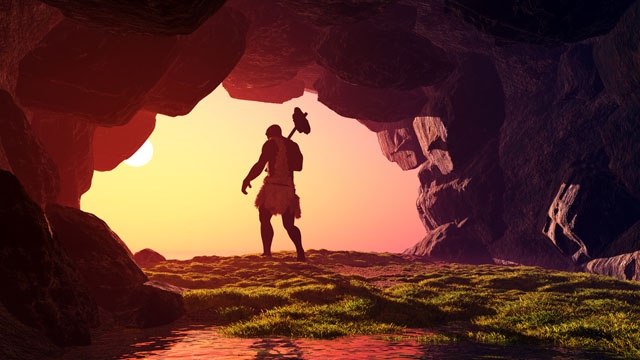 Some modern humans have Neanderthal ancestry.

Neanderthals have long had a less than brilliant reputation, with the general theory being that they were unsophisticated and brutish creatures.

However, it turns out that we may have been somewhat unfair to our distant cousins.

It has long been believed that Neanderthal childhood was difficult, short and dangerous but now scientists are saying that they had a less difficult and dangerous time on the whole than previously thought.

New research carried out by archaeologists at the University of York has revealed that, contrary to popular belief, Neanderthals made good parents, with their young generally being well-cared for.

The team of archaeologists, led by Dr Penny Spikins, looked in particular at cultural and social evidence, using Neanderthal burials as the study basis.

The York University researchers found evidence that Neanderthals cared for their ill and injured children for months and even years.

And, looking at child burials, the researchers found that the young were given particular attention when they died, with more elaborate graves than older individuals.

Cavemen children also ‘experienced strong emotional attachments with their immediate social group’, according to the study.

In the research published in the Oxford Journal of Archaeology, Dr Spikins said: “The traditional view sees Neanderthal childhood as unusually harsh, difficult and dangerous.

“This accords with preconceptions about Neanderthal inferiority and an inability to protect children epitomising Neanderthal decline.

“Our research found that a close attachment and particular attention to children is a more plausible interpretation of the archaeological evidence, explaining an unusual focus on infants and children in burial, and setting Neanderthal symbolism within a context which is likely to have included children.

“Interpretations of high activity levels and frequent periods of scarcity form part of the basis for this perceived harsh upbringing.

“However, such challenges in childhood may not be distinctive from the normal experience of early Palaeolithic human children, or contemporary hunter-gatherers in particularly cold environments.

“There is a critical distinction to be made between a harsh childhood and a childhood lived in a harsh environment.”