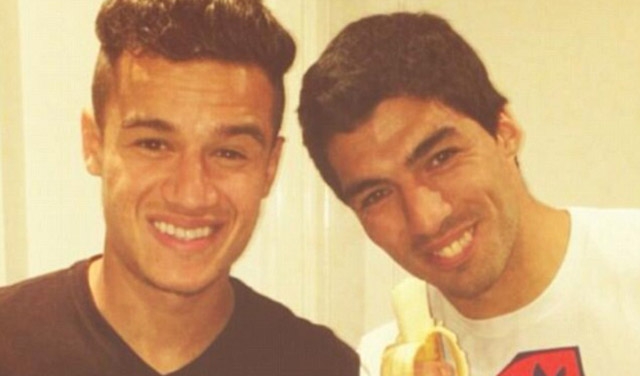 Sunday night saw Barcelona beat Villarreal 3-2 at El Madrigal following a difficult week after the club’s loss of former manager Tito Vilanova who died from cancer at the age of 45.

However, there was something else to mark the night for Barca, aside from the mixed emotions of the mourning and the victory.

Barcelona player Dani Alves, 30 was the target of racist abuse during the game, with a crowd-member throwing a banana at him in the second half, making the suggestion that the Brazilian is in some way akin to a monkey.

The La Liga player has been the victim of racism before during his career in Spain.

The player dealt with the incident like a true professional, showing his appreciation for the energy boost as he ate the piece of fruit.

After the match defender Alves told journalists: “I don’t know who it was, but thanks to whoever threw the banana, the potassium gave me the energy for the two crosses which led to a goal.”

Alves has been targeted by racist supporters in the past, and said:”I’ve been living in Spain for 11 years, and for 11 years I’ve been laughing at these morons.”

Following the incident players and fans around the world have shown their support, with photos of team-mates like fellow Brazilian Neymar scoffing bananas going viral.

FIFA’s Sepp Blatter has condemned the incident, calling what happened an ‘outrage’ and insisting that racism will not be tolerated at this summer’s World Cup in Brazil.

Blatter tweeted: “What @DaniAlvesD2 tolerated last night is an outrage. We must fight all forms of discrimination united. Will be zero tolerance at #WorldCup.”

Marca magazine changed the ‘A’ of ‘Marca’ on its cover, making the letter out of bananas as a strong show of support for Alves.

FC Barcelona have also given Alves their full-backing over the incident.

In a statement they said: “Barcelona wishes to express its complete support and solidarity with our first-team player Dani Alves, following the insults he was subject to from a section of the crowd at El Madrigal on Sunday during the game against Villarreal.

“Barcelona accepts that the perpetrators of these insults are in no way connected to Villarreal and we value very positively the support the club offered to our player. The club’s immediate condemnation of the incidents is a step in the right direction to firstly isolate and then eradicate completely from the sporting arena this kind of behaviour.

“Barcelona reiterates its support for UEFA’s message of Respect and No to Racism and urges all clubs to continue fighting against the blight on the game which any kind of aggression against a sportsperson on the basis of their race represents.

“FC Barcelona would like to underline the civil, cultural, social and sporting importance of two messages which UEFA remind us of before every game: Respect and No to Racism.