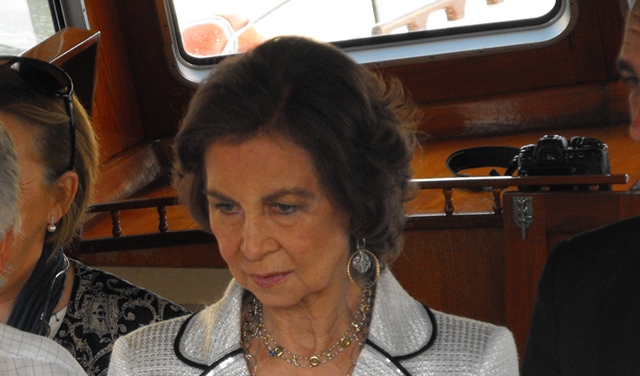 The Palma International Boat Show, which took place from April 30 to May 4, attracted thousands of visitors over five busy and sunny days.

The show, which took a break in 2012 due to lack of support, resumed in 2013 and was bigger and better than ever.

And this year the show has exceeded all expectations, with a number of improvements having been made to boost the event, which received around 32,000 visitors this year.

The event was officially opened by Jose Ramon Buaza, the President of the Balearic Islands, who has been a strong supporter of the yachting sector in Palma.

And Director of the Boat Show, Chema Sans, said: “Looking beyond the figures, the important thing is that the visitor profile has been that of interested enthusiasts, of buyers, whereas last year the majority came for a stroll.”

The show, which took place in Palma’s La Llonja harbour, took place with beautiful Palma cathedral as the backdrop.

2014’s show was record-breaking in terms of both land and water-based exhibitors – and even had a surprise visit from royalty.

The prestigious exhibition coincided with the Palma Superyacht show, which has added a dose of glitz and glamour to proceedings and undoubtedly contributed to the overall success.

The Superyacht show attracted some 55 boats ranging from between 25 to 70 metres. Some 19 specialist companies presented their services in tents along the dockside overlooking the moored yachts.

And there are even bigger plans for next year. Chema revealed: “In the last 20 years the Balearics have become one of the most important nautical centres in the Mediterranean, so the Boat Show has been growing with that.

“Now we want to be the biggest brokerage superyacht show in Europe. We are planning to dredge an area to increase draft and next year we will have room for many more, bigger boats.”

And the event was also given the royal seal of approval. Queen Sofia was in Mallorca to receive the Marcial Sánchez Barcaiztegui award from the President of Mallorca’s Government for her work in the promotion of the sport of sailing and yachting on the island.

Last year her son Prince Philip also visited the boat show and awarded the prize – then in its first year – to the Naval Race Committee.

Following the award-giving ceremony in the Hall of Palma, the Queen was invited to visit the boat show, which is in its 31st year and has doubled its number of moorings. The show has experienced a 20% growth in exhibitors.

Last night (Sunday) the event came to an end, with visitors already enquiring about next year’s show which is hotly-tipped to be more impressive than ever before.