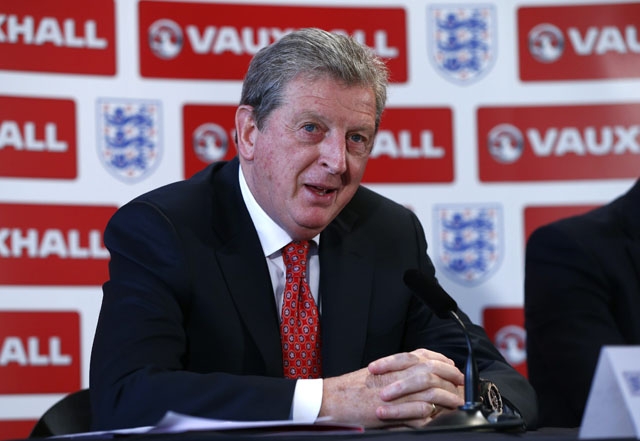 England manager Roy Hodgson has revealed his 23-man squad to bid for World Cup glory in Brazil this summer.

Hodgson has chosen a bold side packed with young talent for England to try to end their 48-year wait for a second world title.

As Hodgson announced his team he admitted that he has given the selection a lot of thought and hoped the squad “won’t let the country down” in Brazil.

There are a couple of notable absences in the team, including Ashley Cole (who missed out to Luke Shaw) and Manchester United midfielder Michael Carrick.

Carrick was tempted out of international retirement by the England manager two years ago, but has missed out as Hodgson was determined to include young midfielders Ross Barkley, Jordan Henderson and Jack Wilshere in the team.

Jermain Defoe was also passed over, but will be on standby, along with Michael Carrick, Tom Cleverley, Jon Flanagan, John Stones, Andy Carroll and John Ruddy.

Hodgson hinted that he may have picked a different squad at the end of the qualifying campaign last October but it had been “impossible to ignore” the performances of young guns like Sterling at Liverpool, Shaw at Southampton and Ross Barkley at Everton.

Asked whether he thought his team could go all the way he said: “I believe the squad can win the World Cup, otherwise what’s the point?

“If we are going to win it we will have to play very well, prepare very well and this talented group of players have to show their talent.”

Talking about his young side the manager said: “It’s wrong to focus totally on the fact there are those who are inexperienced because everyone is inexperienced until they get the chance to do the job.

You get experience by getting the opportunity.”

Following news of the selection fans and football experts have taken to Twitter.

Match of the Day host Gary Lineker wrote: “Congratulations to the 23 players who have made Roy Hodgson’s England squad. It’s young, energetic and exciting. Do your country proud!”