Fostering rules that are plain ridiculous 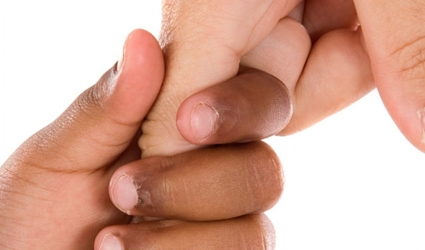 No sense: Fostering rules no surprise.

The UK Social Services recent decision to bar a white couple from fostering a black baby didn’t surprise me in the least.

These departments are awash with staff, who are themselves of ethnic origin and often emerge as the worst racists of all – people who treat the rules of political correctness as a blueprint for their very existence. I wonder what sort of outcry there would have been had they denied a white child to a black family on similar grounds? Before you accuse me of racism (yawn), I’ll cite you a couple of personal experiences.

The first concerns two, quite comfortably off, married friends of mine. This couple, who had already adopted and fostered a number of children, approached their local authorities, with regard to adopting an eight year old young man of Mid-East origin. To cut an extremely long and frustrating story short, they reluctantly had to finally give up on the idea.

They simply could not comply with all the rules and stipulations the authorities confronted them with. The main issues were schooling and almost unbelievably, diet. The department insisted that instead of my colleagues enrolling (and paying substantial fees) for the lad to attend a local, highly respected private school, they wanted him driven over an hour away to a public school, which was predominantly attended by Muslim children (sound familiar!).

Among many other stymies and stipulations, the final nail came when they declared he must have a Halal diet, insisting the couple’s kitchen must be ‘cleansed’ and completely changed to accommodate this directive.

The last they heard, this young lad was still in the children’s home awaiting someone more ‘acceptable’ to come along.

The other case I experienced was when my dear, then 90-year-old mum, was placed in a care home in the South of England. It soon became clear she was obviously not happy. Although racism was not even in her vocabulary, the fact that there were no Caucasian people employed, made her feel confused and somewhat out of place.

One day I purposely turned up unexpectedly and was disgusted with what I discovered. The residents were unkempt and the whole place was mucky and simply reeked of urine.

I decided to move her as soon as possible. Over the next couple of weeks every home I visited was run by people of ethnic origin. It was for some (and probably still is) a very lucrative racket, with the residents simply regarded as a means to an end.

We simply have to stop listening to these pathetic cries of racism as an excuse for any form of common sense.

You know it makes sense.