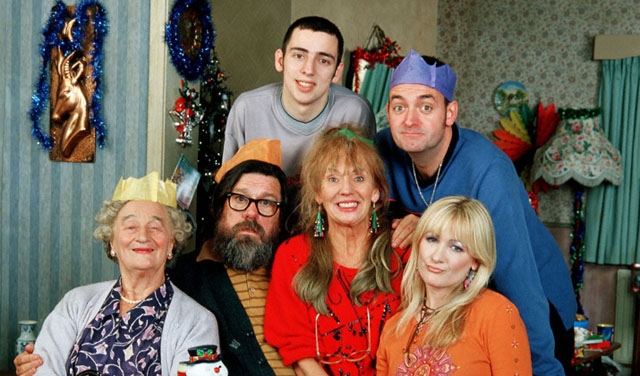 UK actress Caroline Aherne has revealed that she is fighting lung cancer.

Aherne, 50, an award-winning TV writer and comedian, is undergoing treatment for the disease, which she has fought twice before in the form of bladder cancer and eye cancer.

The Royle Family and Mrs Merton creator is receiving treatment for the disease in Manchester.

The star, who was often seen in her TV shows smoking a cigarette, has revealed her latest health battle as she backs a £3.4m bid to improve care for cancer patients in Manchester.

Aherne is set to help launch the Macmillan Cancer Improvement Partnership, which will bring together cancer care providers and patients in order to better support those affected by the disease.

Ms Aherne will help launch the partnership by speaking ahead of a discussion for patients and experts on June 26.

The TV star told the Manchester Evening News: “We’re lucky in Manchester to have some of the best bits of cancer care with places like The Christie, the Nightingale Centre and the Cecelia Centre at Wythenshawe Hospital and St Ann’s Hospice – and the last thing I want to do is knock the fantastic work that goes on in this city.

“It’s brilliant that all these big institutions want to make cancer care better for Manchester people, but even the best doctors, nurses and managers on earth aren’t going to be able to understand what needs improving unless people affected by cancer in Manchester get involved and tell them what needs to change.

“The reason why the partnership has been formed is because all the partners recognise that the whole cancer care system is fragmented, meaning that people do fall through the cracks.

“They’ve asked me to get involved and I’m really glad that I can do my bit to encourage Manchester people to speak up about where things do go wrong with cancer care.

“It’s truly shocking to learn that Manchester came bottom out of 150 areas in England for premature deaths from cancer. Our survival rates are a quarter lower than average and the number of people getting lung cancer is a third higher here than in the rest of England.

“The partnership needs people like us to start explaining to all the institutions what needs changing so that these big, complex organisations can get together to make the improvements.”