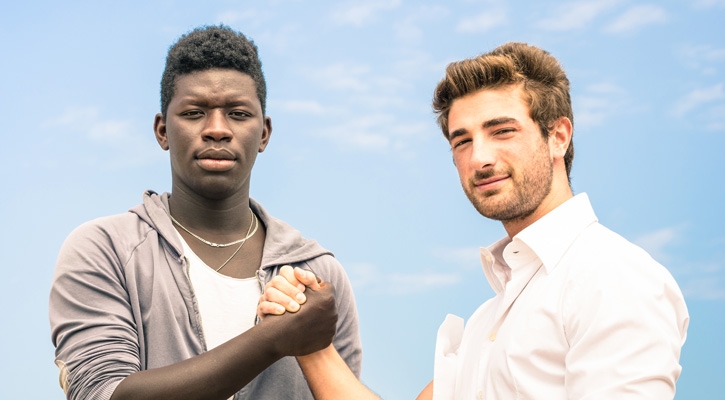 WELL of course we’re all far more racist these days. A recent survey in the UK didn’t hold any surprises for me – or for most of us I shouldn’t wonder.

In the early days the British were abhorred by signs that appeared outside boarding houses or bed-sits that read NO Blacks. NO Dogs and NO Irish. They counteracted that truly bigoted bunch by introducing new legislation and doing all they could to make these newcomers, mainly West Indian, as welcome as possible, including wonderful support of the first Notting Hill Gate Carnival, which brought colour and sunshine to that somewhat grey and bleak area of London.

The West Indians responded by integrating and working. A perfect example of how a diversified culture can truly be a boon to a race of people who had become a bit staid and somewhat gloomy in the aftermath of war and want. Great. Since then it has been all downhill.

We now have millions of illegal aliens, have been bombed and massacred in our streets, been made by the authorities to accept cultures in our midst who have no intention whatsoever of integrating into the society that continues to support them and their families – often far over and above the call of duty. We have hatred for both us and our nation chanted on the streets, by people living off the taxes paid by those at the brunt of these insults. We’ve had a soldier all but beheaded in public in the name of Islam. Our schools integrated by subversives and just about enough gratitude for all our generosity to fill a small spittoon.

It is not us who have instigated this deterioration in community relations, it is those who are hell bent on turning the Nations of the West into the Nations they have ‘escaped’ from. Of course we’re more racist than we used to be, and the sooner these grabbing, ungrateful instigators of terror and hatred simply get out and find countries more accepting of the lives they apparently are hell bent on leading, the better for all of us.

Another thing that hasn’t surprised me this week is the allegations of corruption in the FIFA World Cup affair. Most of these Middle East Sheikdoms are built on bribery and corruption. It really wouldn’t surprise me if there are actually no Arabic translations for the words morality and scruples. When you produce nothing but money, it not only the root of all evil it is the root of just about everything.

To be quite honest, I bet most of those allegedly involved, deep down are totally bewildered as to what all the fuss is about. One good thing which has come out of it is they are mostly now pronouncing the name Qatar correctly. It rhymes with Catarrh – OK.