All at sea over Malaysian flight mystery 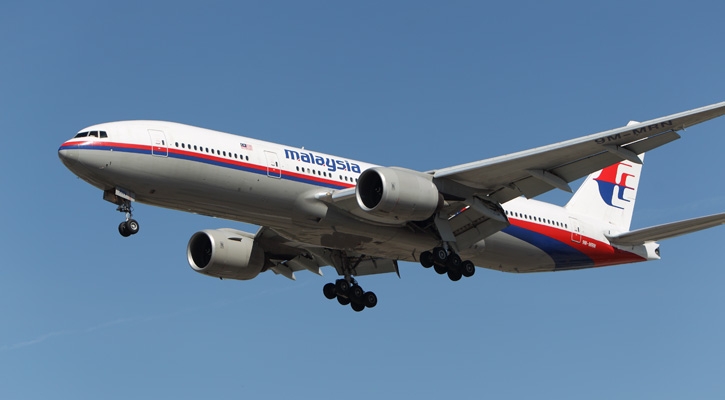 NO NEARER: Plane similar to this one still missing.

I’VE held off writing about the ill-fated Malaysian flight, MH370, in the hope it’d soon be located. After all, we’d all been led to believe by the Malaysian authorities with every latest “positive lead” that the mystery would be solved in “days”.

And yet now, it’s recently been reported, after a search lasting months and costing millions, everything’s back to square oneas the aircraft’s “not in the search area”.

What we have here is a strange and possibly unique set of circumstances where, instead of knowledge increasing with time, it’s actually decreasing. In April, we were informed, MH370 turned off its transponder on the edge of Malaysian airspace, turned back over the Malay Peninsula (detected by Malaysian radar), headed south and made for the southern Indian Ocean until it ran out of fuel and crashed into the sea. Innumerable debris pieces were sighted, data from the satellite company, Inmarsat, indicated the route taken, and four “pings” were definitely heard from its supposed black boxes.

But the debris was found to have no connection with MH370, nothing was detected on the seabed, and the “pings” allegedly from the black boxes now ascribed to the pinger locator itself. Inmarsat data’s been made public, and doubtless soon analysts will scrutinise it and question its finding that MH370 followed a ‘southern arc’ over the Indian Ocean. Then, the radar data will likewise be disputed so the aircraft may not have flown back over the peninsula after all.

By late Summer, the only hard, incontrovertible fact we’ll be left with is that MH370 took off from Kuala Lumpur, and that’ll be all!

However, what we do have no shortage of right now are all the conspiracy theories. From the lady who claims seeing something from her boat in the Indian Ocean that looked like a large plane on fire to the story about lithium batteries in the hold that possibly ignited and the smoke leaving everyone incapable to the plane’s course being deliberately altered.

Truth is, nobody knows anything, the plane has vanished and many distraught people demand to know where and why. But as each new conspiracy theory unfolds, what is this other than more grabbing at straws like all the other “positive leads” that have, sadly, produced not one shred of evidence?