The underbelly of paradise 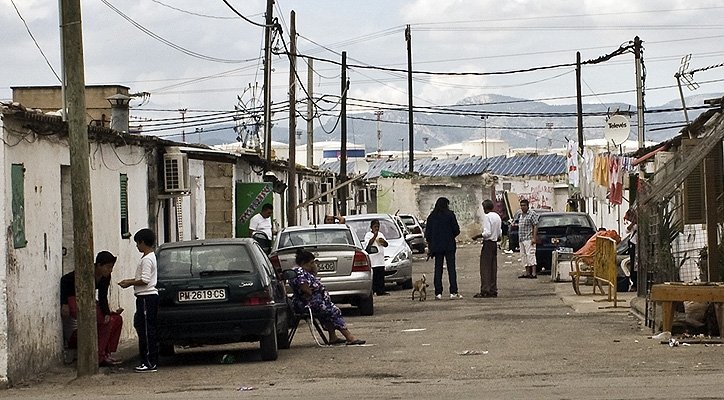 IMAGINE the predicament. There you are peddling around the Mallorquin countryside, taking in the clear blue skies, the ancient windmills and the picturesque countryside.

Then you take one wrong turn and end up in the triangle of hell: A shameful local secret, otherwise known as Son Banya.

Son Banya is a triangular shanty-town a mere five kilometres away from the luxurious shops and restaurants of Palma and a stone’s throw from the Mercapalma wholesale market.

Son Banya offers shopping of a different kind – it is a drugs supermarket; and it is not Ibuprofen that is on offer. According to reporters braver than myself who have entered the area, the welcome is far from friendly with guns recommending a swift exit. In comparison, a night out in Magaluf is like a trip to Disneyland.

While the existence of this relatively tiny area of Mallorca has been successfully shielded from tourists and expats, with even its location removed from many maps, it is remarkably significant, despite hosting a mere 100 families. The government has closed the local school in an attempt to integrate the children into the wider community, and after the tragic disappearance of 15-year old Malén Zoe Ortiz Rodriquez near Magaluf in December 2013, Son Banya has been searched on a number of occasions, albeit without success.

‘La Paca’ as the original matriarch of the village is known as, now resides under lock and key. Francisca Cortés Picazo, her real name, is succeeded by family members upholding the ‘spirit’ of the area, but according to one of her sons, she is due for parole next year.

Next month some 23 of the shack-like buildings are scheduled to be destroyed by court order, in an attempt to finally eradicate the power of Son Banya. You might wonder why the removal of such a small area, accessed by a single road, has taken so long and proven so difficult. La Paca’s son recently gave some insight into the reason in an interview, claiming that the business would otherwise disperse and be more difficult to track. Others suggest the zone’s powers stretch further up the social hierarchy than officials would care to admit.

Looking at internet chat rooms, some die-hard tourists are already searching out the zone as a last resort if they are unable to locate dealers in the streets. Judging by reports from people who have strayed into Son Banya by mistake or on purpose, I would advise avoiding this at any cost – it is a place where angels and police alike fear to tread.