A descent to hell… 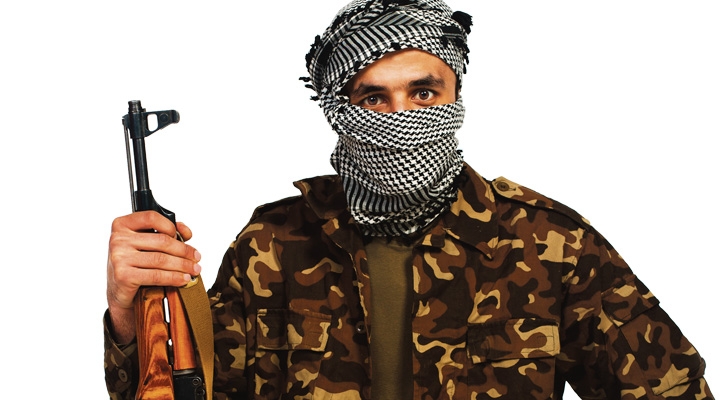 THE only thing going to stop young Muslim extremists from joining groups of murdering Jihadists is for their ‘religious’ leaders to cease convincing them they will enter the realms of paradise as a reward for their efforts.

If they could only be taught that their crimes against humanity would put them on an inescapable spiral in the opposite direction you can bet their enlistments to these extremists’ organisations would fall to just about zero.

But they won’t will they? Irrespective of whether these leaders fall into the ‘hate preacher’ category or not, I have never heard of one so called ‘moderate’ come out and put forward an alternate theory. The reason for this of course is that whatever their religious ideals, they all believe this Shangri-La hereafter ‘reward’ actually does exist.

This of course, is the whole fundamental difference between decent caring Christians and the extremism of Islam. Christians believe that the more peaceful and blame free life you lead, the more chance you have of entering paradise, unfortunately these zealots believe exactly the opposite.

Devout Christians truly do believe someone did actually return from the dead and teach them this was indeed the case. (Personally I retain an open mind!) All the Muslim world has is their flesh and blood leaders, who have no proof whatsoever their theories are correct. I find that all a bit sad. Such a waste of young lives to be told they must maim, kill and die horrible deaths to achieve happiness.

No, it is the religious leaders who have all this misery, maiming and destruction on their consciences. Odd that you don’t see many of them in the front line or strapped up to suicide bombs; does this mean they don’t actually want to finish up in Shangri La? Mmm. Do I detect the whiff of hypocrisy?

Well the little darlings are now on their THREE MONTH vacation. I’m watching two of mine lying on the couch. They have now been there over a half an hour and have so far not spoken a word to each other! I’ll tell you one thing mobiles have brought us, lots of blessed peace and quiet. Be thankful for small mercies.

I see police are now preparing a claim that Leonard Rossiter was in a gang of sex attackers working on the set of a BBC drama in 1968. Rossiter of course died in 1984. As much as I sympathise with these young ladies

who had their bums touched 45 years ago, don’t we think it’s time to call down the statute of limitations and save the taxpayer and authorities considerable time and money by moving on and getting a life?

REGARDING the Jolie/Hague anti-rape escapade (Leapy, Issue 1511). How in the blue blazes are they going to action this?

Is someone going into darkest Africa or Islamic controlled countries to shout stop or we will prosecute you? We left South Africa to get away from crime, greed and corruption and the news of some demon raping babies because a so called witch doctor told them to do so to get rid of AIDS. The UK people need a swift kick up the backside.

I am an outsider looking in and I can see there could be a lot of problems if the govern-ment of the day keeps on sticking its head in the ground, to say nothing of the ‘political correctness’ that it pushes.