Lewis Hamilton from pit to podium 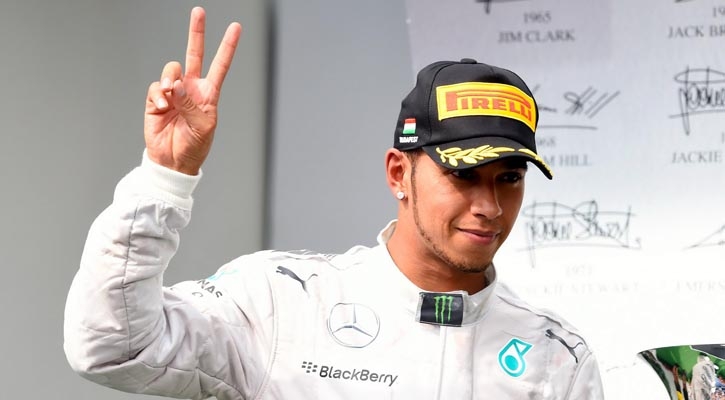 Lewis Hamilton has promised fans that his recent problems on the circuit have hit him hard, but he will return better than ever.

He has suffered setbacks in qualifying, brake disc failure in Germany and a fuel leak in the Hungarian race, which resulted in his car catching fire. Both cases forced him to start at the back of the grid, but resulting in the spectacular podium places we have come to expect from Hamilton.

Hamilton said after Sunday’s race: “I think it’s been a very challenging and trying and testing last two weeks, and to be able to still keep myself together – I saw some of the stories written, which said I was going to crack under pressure or something like that – this hopefully shows that I’m not.

“I’m still in the fight and I’m still raring to go. So this break will be good to re-energise, get fit; I’m very light but the car’s lighter, so I can put a little bit of weight on over this break.

“But it’ll be muscle not fat and hopefully [I’ll] come back stronger, physically and mentally.”

Hamilton, just 11 points behind team mate Nico Rosberg, ignored a direct order from his bosses to let Rosberg through when required, an order they later admitted could have been a mistake.

Team boss Toto Wolff issued a “corporate” explanation for the call – caused by a “difficult” race with “so many decisions which needed to be made” – team chairman Niki Lauda however admitted that it had been caused by “panic.”

Hamilton said he was “shocked” by the order and felt Rosberg was too far behind anyway – an opinion agreed with by Lauda.

This latest spat has increased the already volatile relationship between the two drivers, with Hamilton ignoring the order which cost Rosberg his win, the tension has been raised even further.

Mercedes have already promised to review the issue of orders.