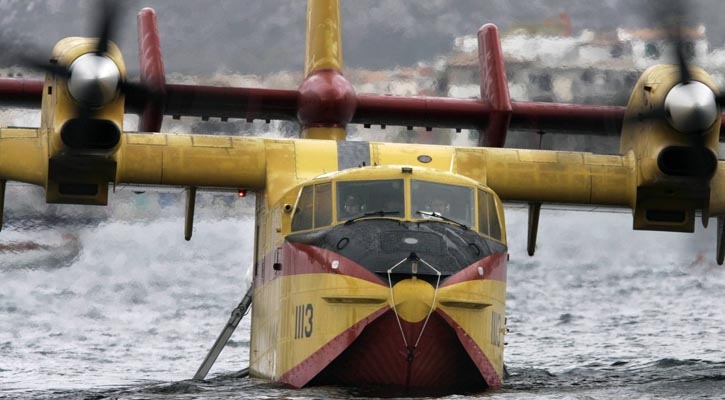 TWO men, who had gone out to sea to look for a lost pedalo, were found more than 20 kilometres away from the coast of Malaga.

Maritime rescue services had to be called out when their boat’s motor died due to a rope getting caught up in the propeller and a sparkplug failing; they were then adrift with no propulsion system.

Manuel, boss of the family company, tried to hide the news from his wife, as she has a heart condition, that their son had gone missing.

Manuel’s daughter, Mari Carmen, was trying to deal with the situation from the beach where they rent out the boats.

The pedalo in question had been rented by some youths who had left it floating out on the waves around 250 metres from the shore. Mari Carmen decided to call her brother, Raul, to help her get it back. He went out on a small boat with another company employee, Juan Vicente Gomez who commented “we could see it perfectly from the shore and it only took us about five minutes to get to it.”

The problems came when Raul and Vicente, both 37, tried to get back to shore. The rope with which they had tied the pedalo to their boat got caught up in the propeller and then their sparkplugs failed – they were adrift with no way to propel the boat.

Raul said that their first reaction was to get back to shore swimming but that Vicente was tired and he thought it would be better not to split up.

The winds were taking them further and further out to sea; because they had been missing for some time Mari Carmen decided to call maritime rescue who then sent out search parties.

Unfortunately the search parties got confused by finding another boat, which they believed to be the one they were looking for, and called off the search.

Meanwhile the boat was being dragged ever further from the shore “we could only just see the lights” commented Raul.

As darkness fell the two were wondering what could have happened to their rescue – fortunately the operation was reactivated as soon as the emergency services realised they didn’t have the right missing boat. A helicopter was sent out and found them almost immediately by using the infra-red thermal imaging search system.