The scourge of modern slavery 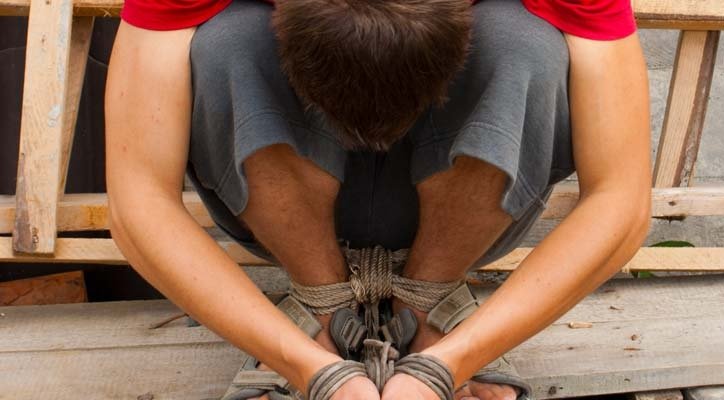 IT is said that people don’t want to hear the truth because they don’t want their illusions destroyed.

This is understandable but it gives pause for thought as to how much our opinions are shaped by propaganda and self-deception.

Human bondage conjures up images of enslavement of Africans by Europeans. However, since its ‘abolition’ in 1807 the scourge of slavery has increased. Slavery is now widespread and by association we are all sweatshop slave owners.

Of 53 movies, mostly Hollywood productions, no less than 45 are based on African slavery. Needless to say ethnic African involvement in the capture and trade of their own countrymen is brushed aside.

Long after the supposed abolition of slavery Britain’s empire became rich courtesy of indentured slavery, deportation, exploitation, transportation, enslavement of prisoners-of-war, and ethnic cleansing dressed up as emigration. Asians were victims of European slavery in far greater numbers than were the Africans. You will search long and hard to find their suffering recorded.

The trans-Atlantic slave trade was relatively insignificant when set against slavery in the broader sense of its meaning both then and now.

Surprisingly, the ethnic group that suffered most in enslavement, its cruelties and magnitude were White Europeans. Over time more Europeans were enslaved by Africans than the other way around. The forts and towers dotted along Mediterranean coasts were not put there to deter Martians.

Then there were the numbers of Europeans enslaved by fellow Europeans. We are not talking Biblical nor of the Roman Empire period but within living memory of most of us.

The death toll and suffering endured by Europeans throughout the Soviet Gulag was chronicled by great writer and former slave Alexander Solzhenitsyn. He was described as ‘The Conscience of the 20th Century’.  The Gulag was the Soviet Union’s forced labour camp system. It consisted of more than 500 widely scattered labour colonies. A euphemism for frozen tundra plantations situated in the harshest of climates.

The numbers of men, women and children who perished in these forced labour camps and colonies has been set as high as 10 times the number of those said to have been murdered by the German Reich. The West turned a blind eye and even assisted in it.

This monstrous Soviet system, that existed from 1920 to the collapse of the USSR, accounted for more than the combined total of those enslaved throughout human history.

For over 70 years tens of millions of unfortunate Europeans were ‘reaped and harvested’ by Soviet cattle cars. The rail road convoys ran from all over Soviet Occupied Europe. Hollywood looked the other way.

That this is the past is another self delusion. According to the International Labour Organisation (ILO), 20.9 million people around the world work in conditions defined as slavery. This figure does not take into account millions more who work as sweatshop cattle with little reward and without hope. Yes, better our illusions.