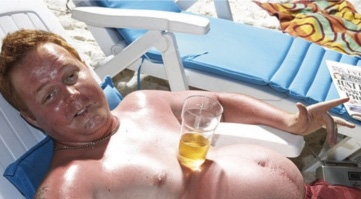 Britons abroad are reported to be claiming welfare benefits costing the tax payers an estimated £82million a year.

Last year an astonishing 7,296 British nationals were reported to have committed benefit fraud across 157 countries, Spain, Turkey and Pakistan being top destinations, in those countries alone more than 1500 cases were reported according to figures released by the Department of Work and Pensions.

The most popular claims the cheating fraudsters are targeting are against pensions at £52 million, housing benefit in the region of £19million and income support costing more than £10million. Throughout 2013 – 2014

Spain has around a million British expats living in the sun, last year 769 cases of benefit fraud were investigated, one case alone involving a couple, William Bruce, 54 and Berwyn Jones, 50 claimed neither had partners and both were unfit to work received £140,000 after their illegal claims were processed.

Living it up in Spain after their payout`s, authorities launched an investigation into the dubious duo’s documents were reviewed and suspected of benefit fraud. Earlier this year they were both sentenced at Newport Crown Court to pay back the full amount and were both imprisoned for 4 months.

Name and shamed 51-year-old Brit Karen Trant claimed £134,000 over 13 years purporting she was scared of open spaces and unable to leave her home. Trant bought a holiday home in Goa, India as well as spending thousands on cosmetic surgery. Unable to leave her home she was caught on camera sun bathing and horse riding.

Welfare minister Mark Harper talking to the Daily Mail said: “We’re toughening up the system and working more closely with foreign authorities so we can bring benefit cheats to court and make sure they’re appropriately punished. More fraudsters are realising there are no hiding places when you break the law.”

Heading up the DWP’s counter-fraud team, Richard West said: “Cases range from people hiding foreign assets and homes to those moving abroad, either temporarily or permanently at the taxpayers’ expense.

“Benefit cheats need to know that even if they are out of the country, our teams will still investigate and, where necessary, bring them back to the UK to face justice.”