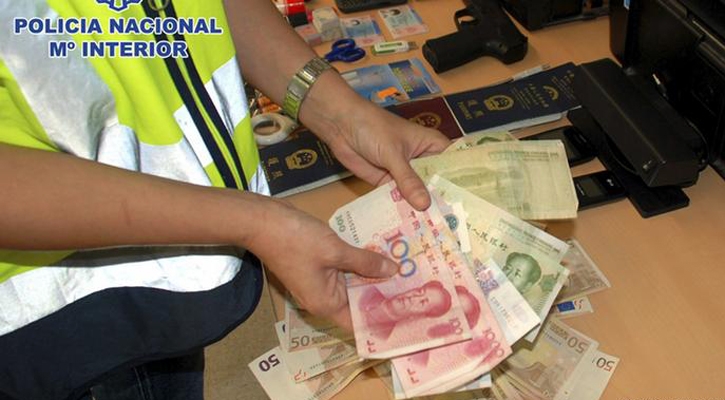 The Spanish National Police have successfully broken up a human trafficking gang that primarily focused on bringing illegal Albanian immigrants into the UK.

The police have identified almost 180 victims of the trafficking ring, but fear that the actual number could be much higher. Among those recognised as being trafficked illegally are 14 children, and it is feared that some of the female immigrants may have been subjected to sexual exploitation.

More than 72 people have been arrested in connection with the operation, with gang members based in Albania, Greece, Italy, Spain and the UK.

The investigation began a year ago when the police became aware of a notable rise in Albanian citizens arriving at El Prat de Llobregat airport, Barcelona, from Italy and Greece.

It soon became clear that Albanian citizens were travelling to these two countries using authentic documentation. Once there, they would buy a ‘pack’ of false documents including passports, driving licences and health cards. These packs were sold at prices varying between €500 and €4,000.

The police discovered that they would then travel on to Barcelona, before finally arriving at their final destination: more often than not the UK.

Claims have since been made by the victims that the traffickers often kept hold of their original documentation. In some cases, the documents acted as a kind of deposit to ensure that the criminals received the money they asked for to move the immigrants, in other cases, the reason was much more sinister.

The unusually high ratio of trafficked females aged between 20 and 25 leads the police to believe that documents may well have been withheld so that, once at their destination in the UK, the women could be forced into sexual exploitation.

In total, 72 members of the trafficking network have been arrested. Sixty four were charged with falsifying documents, the rest for various crimes including facilitating illegal immigration, belonging to a criminal organisation, and offences linked to prostitution.

Three premises were raided in Barcelona, where over €8,000 was found in cash, together with a handgun and a large amount of documentation.

The investigation was directed by Spanish police with the collaboration of British officers.