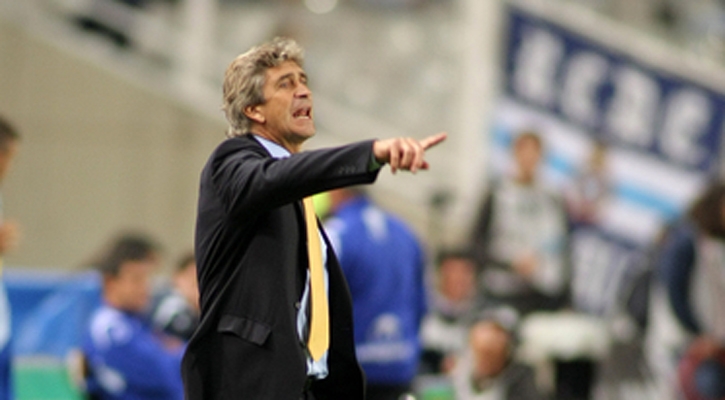 Champions Manchester City, backed by their billionaire Sheikh owners, will undoubtedly come into this season in high spirits. With an array of stars and tactician Manuel Pellegrini, the ‘Sky Blues’ are enjoying one of the most successful periods in their history.

They beat Liverpool to the title last year with a destructive style of football that blew teams out of the water with key players Yaya Toure, Sergio Agüero and Vincent Kompany excelling in their respective roles. They did, however, suffer slightly when missing a couple of these superstars; this was further seen this past weekend in the tame defeat to Arsenal in the Community Shield.

Surprisingly City hasn’t gone on a spending spree this year and have made just four signings so far. Willy Caballero has arrived from Malaga to provide competition to England No. 1 Joe Hart, Bacary Sagna left Arsenal to come to City after his contract had ended and finally Fernando from Porto is a new midfielder to add to the mix. Fernando played against Arsenal and for the first game of the competitive season, he adapted fairly well to the different style of England.  Perhaps the best transfer is in the works now with Eliaquim Mangala set to be confirmed very soon for a fee of an estimated €40,200,000 which will make for a fearsome defensive pairing of Kompany and Mangala. The Chelsea ex-veteran Frank Lampard has also come on loan from his new club in New York which happens to be owned by the same owners of Manchester City.

Although unlike any of the top four, City already have the squad depth and the financial power to buy anyone at anytime if their owners so decide to open their wallets.

Defensively they are Jekyll and Hyde, at one moment they are the meanest defence in the league with Kompany, Zabaleta, Kolarov and Hart in the line-up, but when replacements come in then they seem to lose some confidence. Kompany has a huge role to play this season and must stay injury free as this coming season all other teams have upped their firepower. Mangala would fit in well being strong and light on his feet. Sagna will provide competition for Zabaleta and has a mass of Premier League experience.

City will feel extremely comfortable with their midfield boasting some of the world’s best players. Above all is the best Yaya Toure who at times is simply unstoppable; if he decides that it is time to score a goal then it normally happens. Whether it be set-pieces, edge of box finishes or simply running the pitch; he has it all and could play in any team in the world. Accompanying him is David Silva who is a typical Spanish maestro with quick passing and an eye for the killer ball. The rest of midfield may not be up to their standard but are still amazing players: Nasri, Fernando, Navas, Lampard, Garcia and Fernandinho, the latter impressing last season teaming up well with Yaya.

Finally in terms of attacking options, they are the envy of the Premier League due to having Sergio Aguero, EdinDzeko, Alvaro Negredo and Stevan Jovetic. All four are very good players but in the 4-2-3-1 formation that Pellegrini employs there is only room for one. Agüero is preferred when fit and both Dzeko and Negredo shone for half a season.

Manchester City, come the end of the season, will be challenging along with Chelsea and Arsenal but it remains to be seen how they will deal with the changes made at the two London clubs.