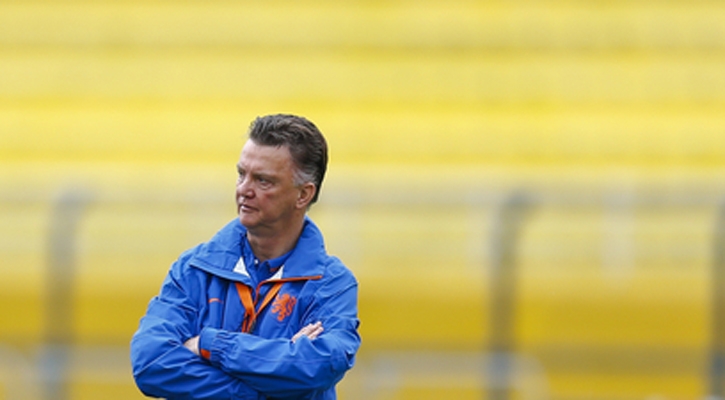 Who saw it coming?

Not many people would have predicted a seventh place finish for The Red Devils last season but it happened and quite deservedly. They were a shadow of the team that has dominated the Premier League for so long under Sir Alex Ferguson.

Now with Moyes gone, Louis Van Gaal takes the reins at United. He is a world-renowned manager who shares some traits with the fierce Fergie leading to comparisons between the two. Although not Ferguson, he is certainly a man that doesn’t fail and United will be expected to be in and amongst the top four this year.

Inheriting a team slightly below the standard of a typical Manchester United team, Van Gaal has his work cut out for him. This summer has seen the old vanguard leave; Vidic, Ferdinand, Evra and Giggs will no longer don the famous red jersey.  In their place lie the new generation such as Jonny Evans, Phil Jones and Adnan Januzaj who are bidding to be part of the new look team under the Dutchman.

Signings have been made for a fair bit of cash with Ander Herrera arriving from Bilbao for an estimated €36,457,400 and Luke Shaw for roughly €33,943,000. Herrera is a class player and has performed excellently in pre-season; he will hopefully fill the role left by Paul Scholes with his range of passing. The Red Devils certainly lacked quality in the final third last season and he will attempt to provide Rooney and Van Persie with more opportunities. Luke Shaw is young and packed with talent, he will be a star but there is concern that such a big step has been made too early. I hope not as it would be a shame to see such talent go to waste.

Van Gaal has instantly come in and changed it up; enforcing English as a first language, altering the formation and stamping his authority on things. He has used 3-5-2 to great success as he did in Brazil with Holland. The tactic involves marauding wing backs and a flexible midfield three behind the two strikers.

In attack, Van Gaal could maybe buy a player if he really does want but he has two excellent strikers and useful substitutes. Robin Van Persie and his Dutch counterpart share a good relationship and all fans will hope Van Gaal brings the best out of the player. Rooney is world-class but his attitude sometimes affects how things run at the club with opinion split on him within fan circles. He does still remain their best all round player and Van Gaal will be very brave to drop him. Welbeck is improving and will get given a go this year after a couple of seasons of limited opportunities.

Louis Van Gaal will be looking to sign another central defender as soon as possible after the door being shut on Mats Hummels with Daley Blind looking a good bet. Phil Jones is a very good player whilst Evans has turned into a fan favourite, yet Chris Smalling just does not come across as a player that will turn into a Jaap Stam or Nemaja Vidic. The Manchester United hierarchy need to invest heavily in this area if they wish to mount a title challenge.

The problem facing Van Gaal is now more who to get rid of in the midfield before he can even start thinking of replacements. They have all been given a chance to show their skills in the pre-season and the Dutchman will not mince his words and certainly won’t hesitate to thin the squad as he sees fit. Valencia and Rafael are suited to the right wingback role but the other flank is struggling. Nani’s potential has failed to materialise whilst Young and Kagawa do not quite reach the required quality to play at Old Trafford. This is where strengthening will occur along with another central midfielder to replace the poor Tom Cleverly.

Therefore the starting line-up could shape up as follows: – De Gea, who is a very good and young stopper, with Jones, Evans and a new signing in the three central defenders. The two wing backs will be Valencia on the right with Luke Shaw on the left. In the middle of the park lie Herrera and a new signing although Carrick has his merits too with Juan Mata playing a bit further up the pitch behind Van Persie and Rooney.

That team is strong but it is the problem of depth that will concern Van Gaal, he has Januzaj, Welbeck and Rafael but the other members of the squad have not quite earned their position just yet. Counting in their favour is that they do not have to play in the Champion’s League allowing them to be fresher for league games.

I can see them fighting with Liverpool for fourth place and just edging them due to one factor and that is Van Gaal himself; he does not know failure and all fans of the red part of Manchester will hope I am right.