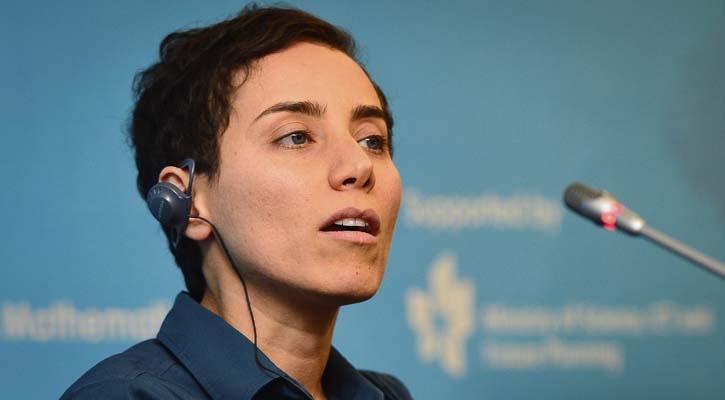 The first female winner of mathematics’ most coveted prize was announced at the Fields Medal awards ceremony in Seoul early on Wednesday.

Maryam Mirzakhani, a professor at California’s Stanford University has made waves in the primarily male-dominated subject as the first woman to win the medal since it was established almost 80 years ago.

To those of us who possess only a rudimentary knowledge of advanced mathematics, her work on geometric structures on surfaces and their deformations can seem obscure and inaccessible, but amongst the maths community, Mirzakhani is admired for her vision, skill and ambition.

The prize, worth $15,000 Canadian (€10.000), is often likened to the equivalent of a Nobel Prize for maths, and is presented to exceptional talents in the field every four years.

This year a total of four mathematicians were awarded the prize. Other winners included: Austrian Martin Hairer from Warwick University; Canadian-American Manjul Bhargava from Princeton; and Brazilian-French Artur Avila from the Institute of Mathematics of Jussieu in Paris, all received the medal for their work in a variety of different fields.

Since the award’s conception in 1936, there have been a total of 55 medals awarded to the most brilliant minds in mathematics. Mirzakhani’s achievement is a real breakthrough for women in the subject, as Christiane Rousseau, vice president of the International Mathematics Union, said: “It’s an extraordinary moment.

“Marie-Curie had Nobel Prizes in physics and chemistry at the beginning of the 20th century, but in mathematics this is the first time we have a woman winning the most prestigious prize there is. This is a celebration for women.”

Born and raised in Iran, Mirzakhani obtained her PhD at Harvard in 2004. She was not originally excited by mathematics: her interest grew as she progressed through education.

Some may now view her as a spokesperson for women and mathematics, in an interview given to the American Mathematical Society last year she said:

“The social barriers for girls who are interested in mathematical sciences might not be lower now than they were when I grew up.

“And balancing career and family remains a big challenge. It makes most women face difficult decisions which usually compromise their work.”