The Kid is back in town… 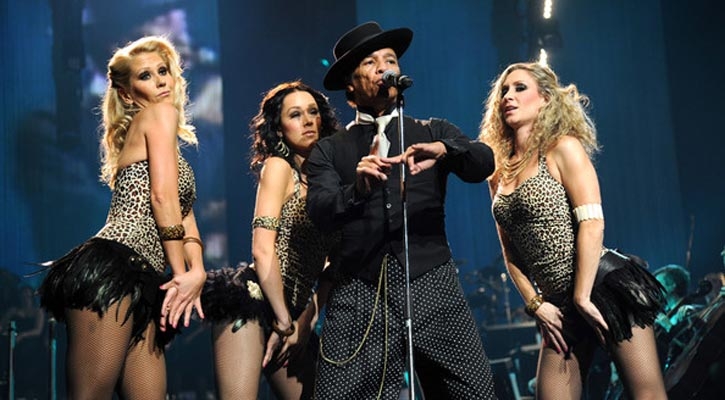 KNOWN as one of the most flamboyant on-stage stars with a unique style all of his own Kid Creole has been entertaining fans for decades. Back in Marbella by popular demand, the Euro Weekly News caught up with him for a chat…

You have come a long way from your roots. How has your upbringing in the Bronx influenced your unique music style?

Yes, I was born in the Bronx. Thank the gods. I can think of no other place on earth where I would rather have been born.
The most important gifts bestowed on me by the Bronx: one must have a sense of humour to survive and one must never wear blinders in the journey called LIFE.
The Bronx was a true melting pot. It actually crafted me, at an early age, into a citizen of the world.

You performed in Marbella in 2011; what is it about Marbella that persuaded you to come back?

I have performed in Marbella many times in my career. I return there continuously because Marbella guarantees me a good time.
I love the hedonistic audiences; I love the warm weather; I love the Spanish food; I love the love.

Tell us about your new band line up

The new band is not so new:Dave Imby (from Belgium) on the drums
Jamie McCredie (from London) on guitar
Oroh Angiama (from Hollywood) on bass
Jim Watson (from London) on keys (he is our newest addition)
Barnaby Dickinson (from Miami) on trombone
Chris Storr (from New York City) on trumpet
Edgar Jones (from Rome) on saxophone
Eva Tudor-Jones (longest standing Coconut in the history of the band – 17 years!!!!) She’s from Hawaii
Jessica Forsman (Coconut for five years) She’s from Finland
Roos Van Roosum (Coconut for one year) She’s from Holland
Malene Mortensen (background vocals and soloist) She’s our latest chanteuse.
Flex Flex (background vocals and master of ceremonies) New boy on the block

I am extremely proud of this band. I never take anything for granted, you see. I realise that having a band this magnificent after being in the business for 100 years is no mean feat! It takes a whole lot of hard work and a whole lot of luck. I was born under a lucky star. Thank the gods.

What can we expect in the future from Kid Creole and the Coconuts?

The future for KCC? Retirement. I’ll be passing the magic baton on to my sons (Dario, Ashalay and August Jr.) next year. And I will be living with my wife in Maui, writing my memoirs and swimming and surfing and climbing mountains and conversing with the sun god on a daily basis.

Thanks to the WORLD WIDE WEB the music of KCC will live on and on… forever and a day.

Here is your chance to see the fabulous Kid Creole absolutely free.

We have a pair of tickets to give away to his show at the Puente Romano Hotel, Marbella on August 23.

Just answer this question : Who was Kid Creole definitely NOT the daddy of?

Send your answer in an email with Kid Creole in the subject line to:

Please include your full name. Entries in by Friday, August 22 at noon.