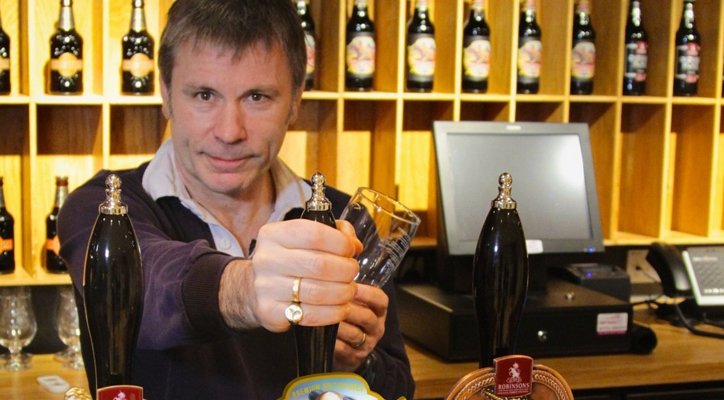 Iron Maiden, singer, pilot and lover of British beers, Bruce Dickinson has positioned himself at the forefront of the battle to save British pubs. Speaking at the Great British Beer Festival at London’s Olympia exhibition hall, Dickinson slammed the rise of the brewery chain that drowns out conversation by pumping out “really awful music” and regard their pubs as nothing more than “cash cows.”

The Festival organised by CAMRA, the Campaign for Real Ale is expected to serve over 50,000 pints to thirsty and discerning punters over the next five days. As the Euro Weekly News reported yesterday, UK pubs are closing at the alarming rate of 31 pubs per week. Many of the closed pubs are being redeveloped as estate agents and pound shops whereas many of the grander old High street banks are being re-imagined as ‘public houses.’ These establishments have drawn most fire from the Iron Maiden front man as bland commercial drinking haunts.

“We need to get back to the idea that a pub is a safe, calm place to go, where you can have a beer and chill out,” he told appreciative drinkers at the Festival.

“And when you have loud ‘oompah-oompah-oompah’ music on all the time because you want people to come in and spend loads of money knocking back shots, that’s a sure-fire way to have people walk away from pubs and have just concentrated dens of iniquity open until three in the morning.”

In an attempt to preserve the heritage of Britain’s drinking past, CAMRA called for a change in the law so that planning applications are always required before pubs are demolished or converted.

The Great British Beer Festival promotes traditional brewing and natural organic ingredients that are cask matured and served from the cask.

Timothy Taylor’s Boltmaker, a malty-tasting bitter with a dry, spicy aroma, was named the Champion Beer of Britain after blind tasting sessions.

The festival promotes craft beers from around the world, from as far afield as Iceland, Jamaica, the US real ale scene and the ever expanding micro breweries from Spain.