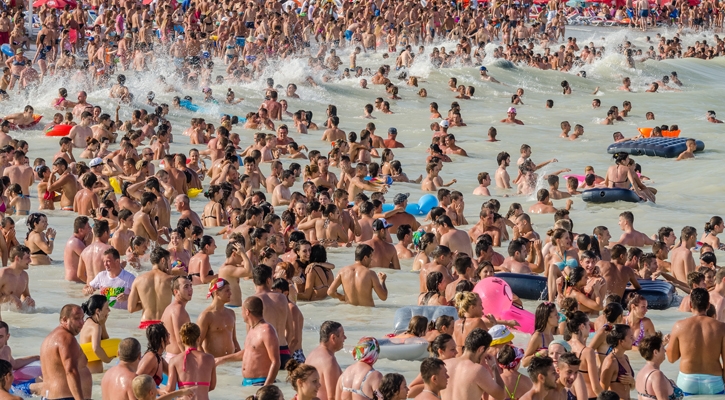 BEACHGOERS in Torrox using a towel, a chair or a beach umbrella to save a place on a crowded beach will have to pay a €30 fine.

The controversial municipal regulation entered into force just over a week ago (Friday August 1) but has already aroused controversy.

“It is absurd. I have no idea what politician came up with something like this,” said Jose Luis Jurado talking to Diario Sur. “What if I want to go for a stroll along the shore or swim in the water?” he asked. The new regulations have been harshly criticised by beachgoers in Torrox who say it is “arbitrary” and does not solve any problems.

“It is true there are people that come to the beach early in the morning, put their beach umbrella in the sand and then leave. But fewer people do it now. Besides, the beach is wider this year and deck chairs do not take up as much space as before,” said Francisco Ruiz, a tourist from Cordoba.

Torrox Mayor Francisco Muñoz downplayed the wave of criticism and told Diario Sur that the regulation aims at dissuading people and not at taking in money by slapping a fine on beachgoers. Torrox Council launched a major public information campaign back in June and July and the police will soon start removing beach umbrellas, chairs, towels and hammocks if they find they are being used to save a place on the beach, said the Mayor.

“A friend of mine asked the police what he is supposed to do if he wants to go home and have lunch and they said he should take his food to the beach,” said Josefina Ruiz.

Mayor Muñoz said the new regulation was passed with almost unanimous support and was actually suggested by beachgoers.

“People using their belongings to save a space on the beach since early in the morning has kept cleaning crews doing their job and even resulted in quarrels among beachgoers,” added Muñoz. The mayor said the police would use “common sense” when enforcing the controversial regulation. “We are not going to remove anyone’s belongings if they go for a stroll or if they are swimming or going home to have lunch,” he assured.