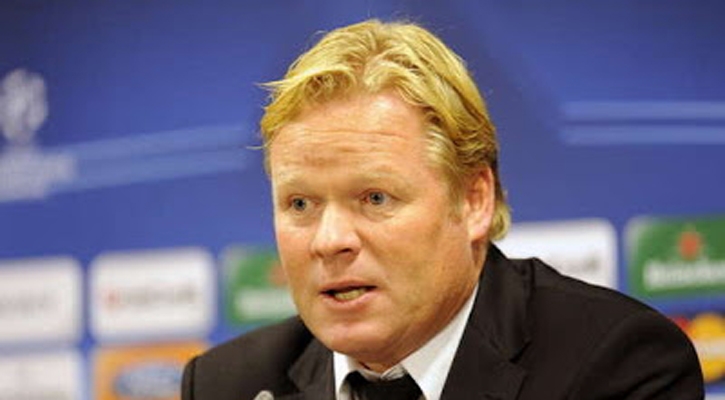 What a rollercoaster ride it has been for Saints fans!

From spending 2010-2011 in League One to their eighth place finish last year in the Premier League and now their ‘summer of discontent’ following the exit of several key members of the club. Life certainly isn’t mundane for a Southampton supporter.

Pochettino and Cortese have left the club whilst this summer has seen Lovren, Lallana and Lambert sign for Liverpool and Calum Chambers for Arsenal with Shaw now wearing a Manchester United jersey. Many supporters of the Saints were disappointed in what has been seen as a massive error allowing the backbone of their team leave. Admittedly they have done well financially, pocketing over 95 million euros in the process, pointing towards Ronald Koeman having a war chest to replace the squad.

Ronald Koeman is a high stature manager having had a successful playing career with Barcelona and is a good choice to replace Pochettino despite not being overly successful as a manager. He does have the style which Saints have become renown for under Pochettino who moved to Tottenham.

The transfer window is not over for The Saints and more will be signed, but as yet the Dutchman has done alright. Recently the club bought Fraser Forster who is a world class stopper to give Boruc some competition after dropping his form at the tail-end of the 2013-14 Premier League season. The Scot is a big coup as bigger clubs were looking at him. In addition Koeman has brought along Graziano Pelle with him from Feyenoord after scoring 50 in 57 games for the Dutch club. Finally he bought Tadic from FC Twente; a left sided winger with a few tricks up his sleeve and an eye for goal. They do lack experience in the Premier League but so did the stars of the previous campaign, Saints fans will hope for more of the same.

Tied with a couple of loans including Ryan Bertrand from Chelsea, Southampton’s team will have a fresh look. Forster starting in goal ahead of Boruc who looks to have suffered after letting his opposite number score in a game remarkably and then Clyne, Fonte, Yoshida and Bertrand as a back four. Koeman will surely sign a better quality centre back having lost Lovren to Liverpool.

Ahead of them will start two of three with Koeman needing to choose between Cork, Wanyama and Davis. Morgan Schneiderlin is, in theory, still at the club but has made it very clear that he wants to move and nowadays the player normally gets what he wants. Southampton will desperately try to keep him though as he was extremely impressive last year.

Tadic is a good player but serious investment must be made in the attacking positions with Ward-Prowse still a youngster and Gaston Ramirez only beginning to fulfil his potential. Koeman must get busy finding attacking midfielders to supply Pelle and Jay Rodriguez. There doesn’t seem to be an obvious formation for the new-look Saints but 4-3-3 appears to be the best in my opinion. The squad is a bit thin and an injury would force a change in tactic but a front three of Tadic, Pelle and Rodriguez is strong and would create chances. Rumours are also circling that they have agreed a fee for Shane Long who is a natural goal scorer but until confirmed, Southampton have just the two recognised quality strikers.

There is no doubt that Southampton are worse off for their transfer exploits, yet Koeman has enough quality in the team to steer clear of relegation. Despite Saints recording a top 10 finish last season, their fans must remember that they are relatively new to the league and survival represents a success. I would be shocked if they repeated their actions from the 2013-14 Premier League season barring significant spending in the next 17 days but a 12th or 13th finish would be good and allow Koeman to rebuild in January and the coming summer. Saints fans have to be patient at this point.