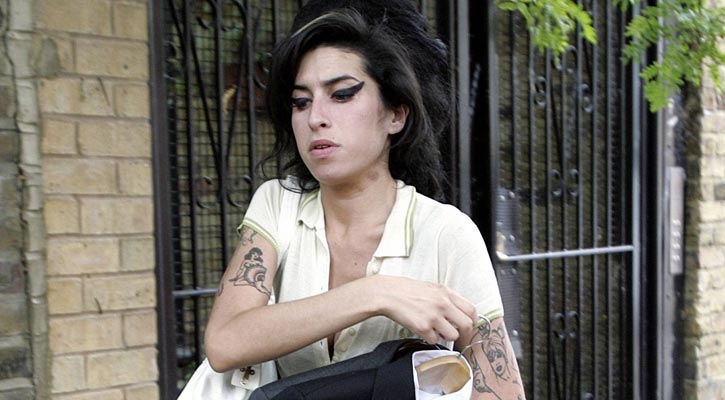 AMY WINEHOUSE is to be commemorated with a sculpture which will be unveiled in Camden Market later next month.

The Back to Blacksinger, who died of alcohol poisoning at the age of 27 in July 2011, has become a much-loved and integral part of the north London borough’s identity.

The artwork, designed by Scott Eaton, will be life-size and made of brass. It will be accessible for the public to view in Stables Market, just a short walk from the singer’s last home.

The location is, according to her father Mitch Winehouse, an ideal spot for Amy to be remembered. Speaking to The Guardian, he said: “I had a meeting with Camden Council and they told me they don’t usually allow statues until 20 years after someone has died, but in Amy’s case they made an exception.

“It’s a great honour to have the statue in the Stables. Amy was an integral part of Camden and still is, so you couldn’t really think of putting a statue for her anywhere else, could you really?”

The statue is due to be unveiled on September 14, a poignant date as it would have been the day the singer turned 31.

The original plan was for the sculpture to be placed at Camden Roundhouse, but it was felt that Stables Market would provide greater accessibility for the public. Mitch Winehouse feels that setting the statue there will serve two purposes, paying homage to both his talented daughter, and to the fans who have supported the family through their grief.

He went on to say:  “It’s personal to the family but it is also very important for her fans. We wanted to do something like this to give the fans a focal point to remember her and pay their respects.

“They were always wonderful but after she passed away they kept us all going and it’s important that we repay them in some way, and this sculpture is some small way of us repaying their kindness and their love.”