Troops needed on the streets of Britain 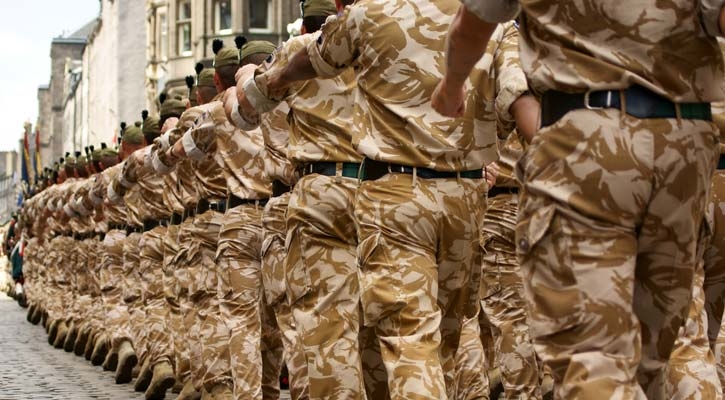 MAKE no mistake, war is, as we speak, licking its lips and savoring the taste of death and destruction at the very borders of the UK, and indeed a number of other European communities.

The enemy is everywhere. Never mind Iraq, Afghanistan and so forth, we need to look much closer to home for the true threat from Islamist militants. When some apparently slight and no doubt orchestrated incident sparks it off, rioting and war will erupt in the streets of the UK in a way unprecedented in our history, and to my mind it’s a great deal closer than we think. We should be preparing for it now.

We will of course ultimately win, but the cost will depend totally on the extent of our preparation. If we are ill prepared and still allow human rights, political correctness and all that rubbish to influence our decisions, we will be condemning even more of our citizens to horrible deaths and extend the conflict unacceptably. We need to be training up an elitist band of some 100,000 troops, fully experiences in close combat and street fighting. They need to be stationed in all of our major cities and be ready to respond immediately to the slightest incident involving Islamist violence.

They need to have carte blanch permission to enter any area, open fire and attack when ordered, without the worry of being accused of murder or human right infringement at some later date. They need to have the power to arrest and take prisoner any militants who oppose them on the streets.

These militants must then be escorted straight to airports under heavy guard, flown to landing sites in Syria and Afghanistan and left there. All passports of both them, and indeed anyone who has fought for the extremists abroad, must be immediately revoked. All visitors from Mid-East countries must be prevented from entering the UK until we once again have total control. Believe me unless our dithering, denial riddled politicians get their silly heads out of the sand, the whole of Europe is going to find itself in real trouble.

Alright I can hear it from here ‘Leapy’s at the rant up again.’ Well, be that as it may, I dread to think of how many arms caches and suicide bombers are waiting in the cities of the UK and Europe, ready to spring into action the minute the first militant Imam scream ‘Allah Akbar’ and ‘death to the infidels’ across the expanses of our green and pleasant lands. Oh that we had a Thatcher or Churchill at the helm. At least they lived in a world of reality.

Have a good week. Thanks for all the correspondence. Keep em coming, try and help someone out and whatever ya do, always.