The true story of a smoker 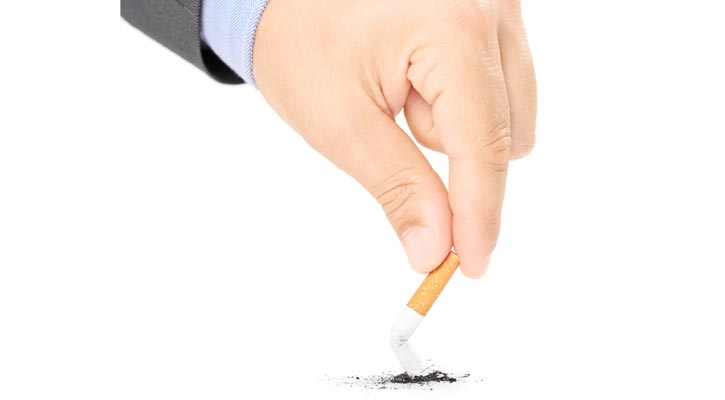 THIS is a story of a female smoker who had been smoking more than 30 a day for 30 years.

At the age of 45 she had decided it was likely she would go to her grave as a smoker and that like most other smokers it was going to be prematurely. Particularly as her husband was also a smoker and worse still he was under the impression that he enjoyed smoking.

The couple lived here on the Costa and spent a certain amount of time watching English TV. An article on the Richard & Judy Show reported on a new method of quitting the habit that instead of being a nicotine replace-ment method, such as Nicorette gum or patches, or some sort of chemical that one swallowed that possibly gave suicidal tendencies, or hypno-therapy that seems to have a very low success rate, this was a medically proven, non-invasive smoking cessation therapy Richard & Judy said gave a 90 per cent success rate.

There was equally positive coverage that evening on BBC News which interviewed two sceptical journalists who’d had the treatment and agreed it had actually removed the addiction instead of trying to replace it.

The couple made contact with the company in London that had treated these journalists, and decided that having tried every other method, this was going to be their final attempt to quit so they agreed to go ahead and fly to the UK.

On leaving the clinic, he felt less inclined to smoke than she, but to their amazement, within 24 hours neither had any desire to smoke at all.

They felt this was some-thing that all smokers should at least try, although the cost of the therapy plus the flights was likely to make it less than inviting and so ‘Stop Smoking In Spain’ was born!

Carol the lady in this story and now the proprietor said: “It’s been nine years now and lo and behold most clients are introduced by word of mouth, which is a lovely way for me to run a business, particularly one that also unquestionably saves lives.”

As for the cost? Well the therapy has been available in places like Harley Street, London for some time but at a cost! Typically between £295 and £395. Stop Smoking In Spain have been providing the exact same therapy for nearly nine years and for a limited period at a far more affordable €125. And even better, for a short time they will even give you a FREE home visit.

For a free information pack call Carol now on 649 123 238 (text if you wish and I will be happy  to call back) or email [email protected], or visit the very informative website www.stopsmokinginspain.com which has all the BBC News and Richard & Judy videos….plus more!