Ceasefire or Peacefire in Gaza? 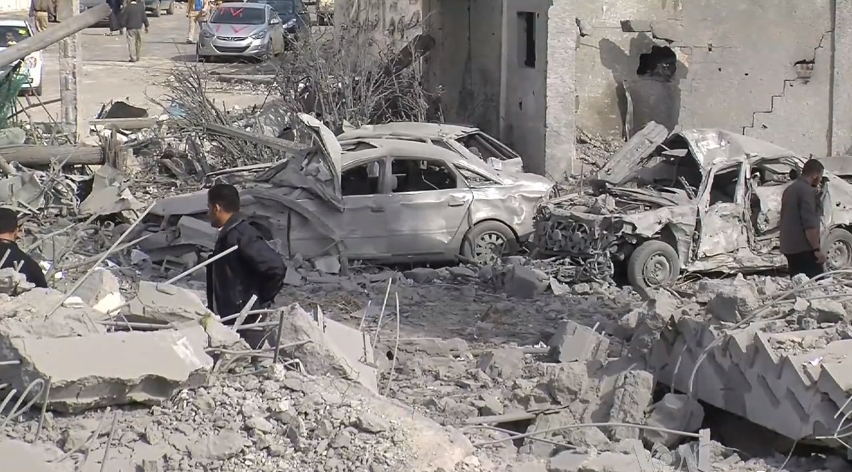 THE ceasefire between Israel and the Palestinians of the Gaza strip aimed at ending the violent seven-week long conflict appears to be holding early this morning as the focus shifts towards securing a more long term arrangement.

Although both sides declared victory, the ceasefire comes with a heavy price. Israel´s reputation is in further tatters and the Gazan casualties are immense. To the outside world it looks as if Hamas are prepared to use civilian lives as collateral in the propaganda war.

Egyptian and Palestinian officials said the deal, which was brokered in Cairo and took effect on Tuesday evening, called for an indefinite halt to hostilities, the immediate opening of Gaza’s blockaded crossings with Israel and Egypt and expansion of the territory’s fishing zone in the Mediterranean.

Israeli Prime Minister Benjamin Netanyahu, who has faced continual sniping from far-right members of his own coalition government who demanded military action to completely rout Hamas, made no immediate comment on the truce deal.

On the streets of near demolished Gaza, people tentatively began trying to resume a normal approach to the pace of life after seven weeks of intense fighting. Shops, banks and markets opened and crowds slowly started to emerge.

In Israel, the emergency sirens fell silent, with many commentators concerned with Prime Minister Netanyahu’s leadership during one of the most prolonged bouts of violence in the past decade between Israelis and Palestinians.

Security analyst, Shimon Shiffer writing in Yedioth Ahronoth, Israel’s biggest-selling newspaper said, “After 50 days of warfare in which a terror organisation killed dozens of soldiers and civilians, destroyed the daily routine (and) placed the country in a state of economic distress… we could have expected much more than an announcement of a ceasefire. We could have expected the prime minister to go to the President’s Residence and inform him of his decision to resign his post.”

The Palestinian Centre for Human Rights said 540,000 people had been displaced in the Gaza Strip. Israel says that Hamas bears responsibility for civilian casualties because it operates among non-combatants and uses schools and mosques to store weapons and as launch sites for rockets.

Palestinian health officials say 2,139 people, most of them civilians, including more than 490 children, have been killed in the enclave since July 8, when Israel launched an offensive with the declared aim of ending rocket salvoes.