English: what a ‘marvellous’ language! 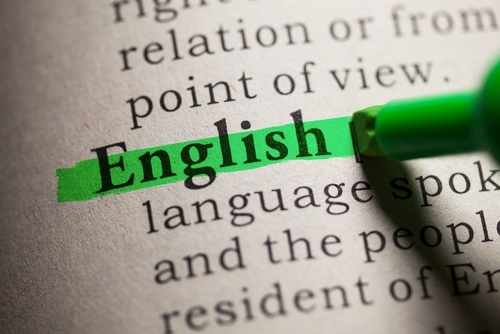 THE English language is a wonder to behold. Ever-changing, and ever-growing, English has one of the broadest vocabulary ranges of any language, is relatively easy to learn, and is widely spoken across the globe.

It is easy to see how English has left its mark on foreign languages: think of Italian’s weekend or Spanish’s sandwich. Sometimes an English word is used incorrectly (how many of your Spanish friends go footing to keep fit?), but what is less often considered is how our language influences itself.

New studies carried out by the universities of Cambridge and Lancaster demonstrates how British English has been influenced by Americanisms over the last 20 years. Words including ‘marvellous,’ ‘cheerio,’ ‘pussy cat’ and ‘fortnight,’ have all but vanished from our day to day vocabulary, according to academics.

Experts say that the digital revolution and the growing influence of American culture in the latter half of the 20th century have contributed towards this linguistic shift.

Professor Tony McEnery of Lancaster University, speaking to the Daily Mail, said: “These very early findings suggest the things that are most important to British society are indeed reflected in the amount we talk about them.

“New technologies like Facebook have really captured our attention, to the extent that, if we’re not using it, we’re probably talking about it.

“The rise of ‘awesome’ seems to provide evidence of American English’s influence on British speakers.”

These findings, however, are only the beginning of a project that McEnery and other scholars hope to get off the ground.

‘The Spoken British National Corpus 2014’ is the most ambitious linguistic project of its kind since the early 90s. McEnery and his team hope to collect MP3 recordings of everyday conversations in an attempt to continue to study the changes that our language goes through over time, as well as the difference in the language spoken depending on region, age and gender.

For example, words including ‘cheerio’ and ‘fortnight’ are all but disappearing among young language users, even though they may well still be in use amongst older generations.

McEnery went on to say: “That data, which is now out of date, is still used by researchers from around the world today, so we know there is a real appetite for research of this kind.

“It is of great importance to collect new recordings from the 2010s in order to understand the nature of British English speech as it is today and not how it was more than two decades ago.”

With the help of the general public, who would receive a small fee for any conversations sent to the research team, Lancaster University together with Cambridge University Press hopes to continue to map out the evolution of the English language.

Who knows what changes we will see within the next 20 years!