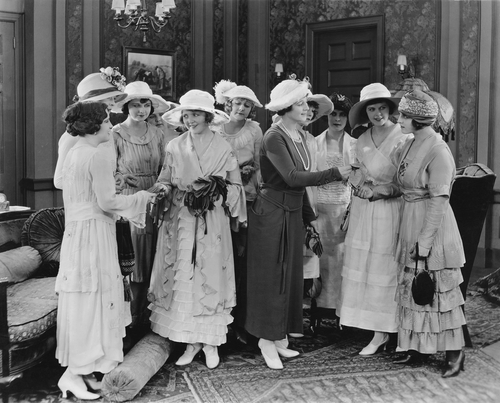 AN appeal for single men has been launched by a Brazilian town inhabited solely by young women.

Noiva do Cordeiro is a small town in an area of south eastern Brazil renowned for both its natural and physical beauty. Just 60 miles from the major city of Belo Horizonte and home to a population of 600, Noiva do Cordeiro is unusual for the fact that its inhabitants are all of the fairer sex.

The majority of the women are aged between 20 and 35, and the town is remarkable for being a matriarchal society within a country which can be quite conservative and deeply religious.

Husbands are sent to work away from the village, and with their sons joining them at the age of 18, the male to female ratio is only balanced at the weekend when the workers come home.

An appeal has therefore been launched, inviting eligible young bachelors to move into town: but only if they accept to live by the rules of this decidedly matriarchal society.

At 23, Nelma Fernandes is one of the women who have noted the distinct lack of male attention. Speaking to The Mirror, she said: “Here, the only men we single girls meet are either married or related to us, everyone is a cousin. I haven’t kissed a man for a long time.

“We all dream of falling in love and getting married. But we like living here and don’t want to have to leave the town to find a husband.

“We’d like to get to know men who would leave their own lives and come to be a part of ours.

“But first they need to agree to do what we say and live according to our rules.”

The town has its origins in the 1890s when a young woman named Maria Senhorinha de Lima was excommunicated by the Catholic Church for leaving the husband she had been forced to marry.

She became a magnet for other women who found themselves in a similar situation. In a deeply religious society which frowned upon female liberation of any kind, outspoken minds could find themselves becoming social outcasts. Such women flocked to the town where they set up a fair society with women ruling the roost.

In 1940 an evangelical pastor named Anisio Pereira came to the village after marrying one of the young women, and he soon took control, dictating how the women should behave and interfering in every aspect of the women’s lives, including banning alcohol, music and contraceptives.

When he died in 1995, the town’s women reestablished their dominance and now they are determined not to relinquish control.

Ms Fernandes said: “There are lots of things that women do better than men. Our town is prettier, more organised, and far more harmonious than if men were in charge.

“When problems or disputes arise, we resolve them in a woman’s way, trying to find consensus rather than conflict.

“We share everything, even the land we work on. Nobody competes with anyone here. It’s all for one, and one for all.”