Booklovers fight back against virtual world 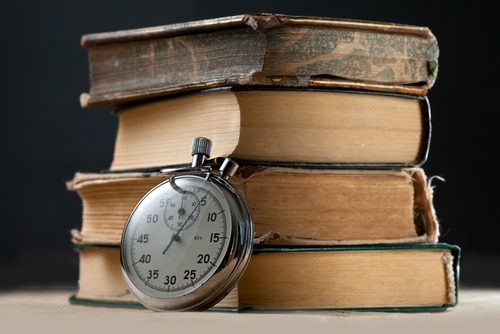 VICTOR BLASCO, a young man in Peñiscola, well aware of the crisis in the book world has taken a stance against the internet, the crises in public funding, the rise of the ebook and mobile technology, all of which have contributed to the slump in sales of the printed book and the closure of libraries throughout the reading world.

Victor, as reported by Spanish newspaper El Diario Vasco, has turned his mother’s old shop into a library that is also a venue for exhibitions and concerts and a place where visitors can discuss books, music, film, or almost anything with a cultural background.

The old seaport of Peñíscola, is perhaps best known to movie buffs as the filming location for the most memorable scenes of Anthony Mann blockbuster El Cid. The film began attracting visitors to the Costa del Azahar in the 1960’s, and has grown as a destination through the years to such an extent that the town now welcomes thousands of visitors every day.

The lost and wandering tourist, if lucky might come across the library, housed in a 200-year- old, three-storey building hidden away among the steep white streets, the building retained the name of Victor’s mother’s original shop La Templanza. Here Victor’s fight back against modernity begins with a challenge to the decline of the book in paper format and literature by organising book exchanges and sales. The library stocked with over 6,000 books, has CDs, vinyl records, films, video games and occasionally pictures and photographs. Victor plans to open the third floor soon as a studio for painters.

As news of Temperance spreads, Victor finds himself invited to cafes in the surrounding area to meet lovers of literature and invites them to participate. “I speak about the library, and invite people to come and participate in our conversations, attend our concerts or the poetry sessions we host,” he said.

Temperance is a relaxed quiet area, where visitors can browse and socialise. There is a self-service, almost unregulated bar, coffee maker and a small refrigerator for the customers use.

Barely a week passes without the announced closure of a well-loved public library. Temperance vividly demonstrates that the romanticism of books and conversation still has a bit of life left in it.