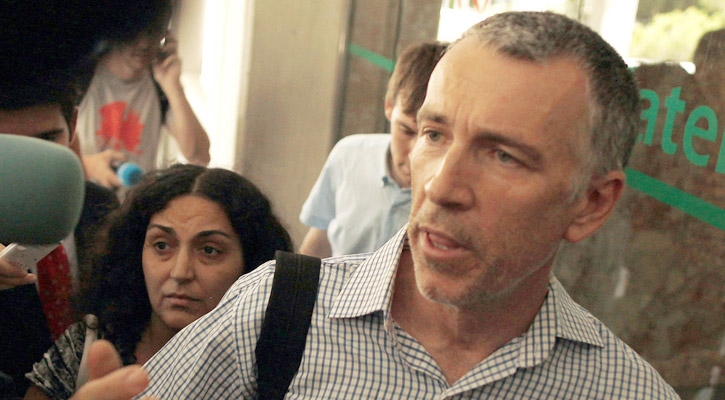 UPDATE: Brett and Naghemeh King have been reunited with their son Ashya.

The Kings were released from Soto Real prison, Madrid, yesterday and are now together with their son at a Malaga Hospital.  A spokeswoman for the hospital said that Ashya is in a stable condition.

Speaking to the BBC, Naghemeh said: “What could I do in a prison cell? I could not do much, really.

“I just want to do all those things I was doing from Southampton, I want to do it for him here.”

Hampshire Constabulary had obtained a European arrest warrant based on the grounds the Kings had neglected their child, and consequently the Kings were arrested on Saturday in Spain.

Three days later, however, the CPS (Crown Prosecution Service) withdrew the warrant amid public outcry against their arrest.

Jeremy Hunt, Health secretary for the UK government, has said that a cancer specialist will be flown out to Spain to advise the Kings on the best course of action for them to take.

UPDATE: In their first press meeting after they were released from prison on the orders of a judge in Madrid, the parents of Ashya King have spoken about their ordeal.

Ashya King’s father Brett, said he would happily spend years in jail to stop the NHS treating his son, because in his words, its doctors are going to kill him or turn him into a vegetable.

Brett said he and his wife Naghemeh were being hunted across Europe by police as if they were terrorists, and that staff at the Southampton hospital knew he would take his son abroad.

Almost breaking down in tears, he told the press that they are desperate to see Ashya because ‘he hasn’t got too many months to live.’

UPDATE: A Spanish Judge has ordered the immediate release of Ashya Kings parents Brett and Naghemeh King from a Madrid prison.

The story of the King family over the past few days has caused a global reaction. Euro Weekly News would like to hear the public’s opinion on this story

Prosecutors for the CPS have gone to court to drop extradition proceedings and withdraw a European-wide arrest warrant for Brett and Naghemeh King at the High Court.

The Hampshire Police Chief said that the arrest warrant had been originally issued in order to find the family quickly.

He wrote: “Our intent was to secure his safety, not to deny him family support at this particularly challenging time in his life.

“Irrespective of what has happened, it is our view that Ashya needs both medical treatment and for his parents to be at his side.”

British Prime Minister David Cameron also expressed his support for the family to be reunited, saying that he hoped for a quick and sensible solution and a ‘rapid outbreak of common sense.’

The Kings are currently being held in separate cells in Madrid, hundreds of miles to the north of the children’s hospital in Malaga where Ashya is under police guard.

It is hoped that the Kings will be released and reunited with their son soon, although they may have to spend another night behind bars, as they are due to appear in court tomorrow.

Ashya has been separated from his family since Saturday evening, and only Danny, Ashya’s eldest brother, has been allowed to spend time with the youngster over the last 24 hours.

Speaking on leaving the hospital earlier today, Danny said: “I want to spend as much time as possible at his bedside and make sure he gets the best possible treatment: he is my main priority at the moment. He is exactly how he came in, which is perfectly healthy.

“I have not been getting much sleep, but the hospital are allowing me to stay as long as I want past visiting hours, which is great.

“We want to thank everyone for their incredible support, it’s been a great help and means a lot to the family.”

So far, over 150,000 people have signed a petition asking for Brett and Naghemeh King to be released, and for the family to be reunited again.

THE parents of sick five-year-old Ashya King are to be kept in custody for a maximum of 72 hours, a judge in Madrid has ruled.

Brett and Naghemeh King are fighting extradition to the UK. Today’s court appearance was the first stage of the extradition process.

The family was found by police in Malaga on Saturday, and it is believed that they were trying to travel to Marbella, where they have a holiday home, in order to sell the property to raise funds for Proton Beam treatment in the Czech Republic.

Ashya is being treated for a brain tumour, and the Proton Beam treatment is not currently provided for cancer treatments under the NHS. There is an argument which proposes that the treatment is more accurate than the more common form of radiotherapy, and that such treatment could have an especially beneficial effect on young children such as Ashya.

With his parents being remanded in custody, Ashya is currently in a high priority ward in Malaga’s children’s hospital under police guard.

As of yet his brothers have not been given access to the ward which has been distressing for all involved, but according to Danny, his eldest brother, he will be allowed to see his younger sibling late on Monday.

Speaking to the BBC, Danny said: “They did allow a voice recording that was set-up to be played to Ashya.

“I’m grateful that the doctors appreciate how important it is for Ashya just to hear the voice of one of his brothers.”

A spokesman for the hospital has said that Ashya’s condition remains stable.

Brett and Naghemeh King have not been charged with any offence under Spanish law.