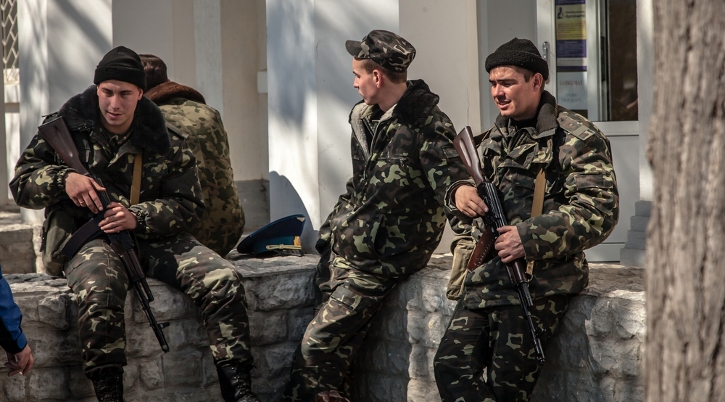 RUSSIAN president Vladimir Putin has proposed a seven-point peace plan that he hopes could be enacted between Ukrainian forces and pro-Russian rebels in eastern Ukraine.

The peace plan would call on the rebels to stop advancing and for the Ukrainian army to be withdrawn from the region.

Peace talks for a permanent ceasefire threatened to collapse earlier on Wednesday when Ukrainian president Petro Poroshenko had second thoughts about the inclusion of the word ‘permanent’.

The announcement came after the two premiers spoke via telephone on Wednesday morning, with Poroshenko later tweeting on his Twitter account: “As a result of my telephone conversation with the Russian president we reached an agreement on a permanent ceasefire on Donbass.”

Putin has expressed hopes that a concrete deal will be on the table by September 5, when the pair are set to meet in Minsk. Putin’s seven-point plan, said to have been handwritten whilst on a flight to the Mongolian capital of Ulaanbaatar, would require both armies to pull back from the conflict zone, a cessation of all airstrikes and the exchange of prisoners.

With more than 2,000 deaths since the start of the conflict earlier this year, it is hoped that peace, even if it is short-lived, would allow for humanitarian aid to get through to the region.

US president Barack Obama, currently in Estonia to show his support for Nato, was wary over the proposed peace deal. He said: “We haven’t seen a lot of follow-up on so-called announced ceasefires.

“Having said that, if in fact Russia is prepared to stop financing, arming, training, in many cases joining, with Russian troops, activities in Ukraine and is serious about a political settlement, that is something we all hope for.”

Ukraine had hoped to win militarily before going to the table for a political peace deal. After suffering several heavy defeats however, it appears that the country’s leaders are warming to the idea of peace sooner rather than later.

Ukraine has criticised Russian involvement in the conflict, and maintains that the rebels would never have made so much headway without the military involvement of Russia.