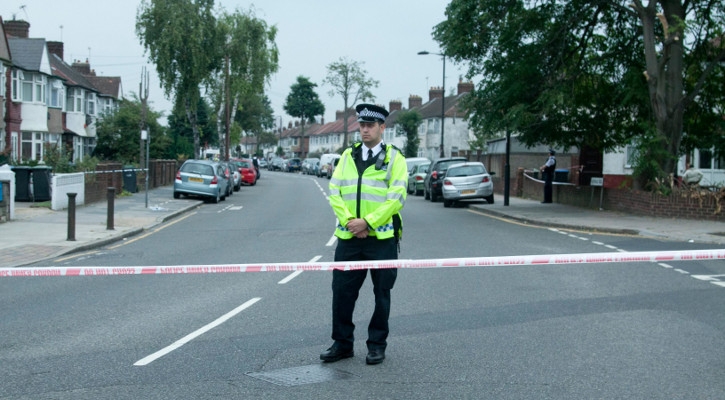 UPDATE: POLICE have arrested a 25-year-old man on suspicion of murdering an 82-year-old woman in a garden in Edmonton, north London.

The victim has been named as Palmira Silva, who was of Italian origin. She was found collapsed on the ground by police who were responding to reports of a man acting in a threatening and aggressive manner with a knife in Nightingale Road.

Witnesses have described the man wielding a machete and attacking cats before he turned on the woman in what appears to be a random act.

Reports that the woman was decapitated have been neither confirmed nor denied by police sources.

ORIGINAL STORY: A MAN has been arrested in north London after police found a woman beheaded in a garden.

The incident is said to have occurred at around 1pm in Nightingale Road, Edmonton, but Scotland Yard are as yet to give out more details surrounding the incident, nor information on the man in custody.

Speaking to Sky News, a source from the police force said: “Police were called to an address in Nightingale Road at 13.07pm today to reports of a stabbing incident.

“On arrival officers discovered a female collapsed in a garden area.

“A man has been detained and remains in custody.”

Witnesses described a man running around as police attempted to detain him. It is reported that a taser was used during the arrest, and one policeman has been hospitalised, believed to be suffering from a broken wrist.

DCI John Sandlin, speaking to Sky News, said: “This is was a highly visible attack in broad daylight on a residential street.

“I can understand why this may cause people concern; however we are confident that we are not looking for anyone else at this stage.

“Whilst it is too early to speculate on what the motive behind this attack was I am confident, based on the information currently available to me that it is not terrorist related.

“Local officers and specialist detectives are at the scene and will remain there for many hours to come.

“Specially trained family liaison officers will be deployed to support the family; we request that their privacy is respected at this very difficult time.”

The woman was pronounced dead at the scene.