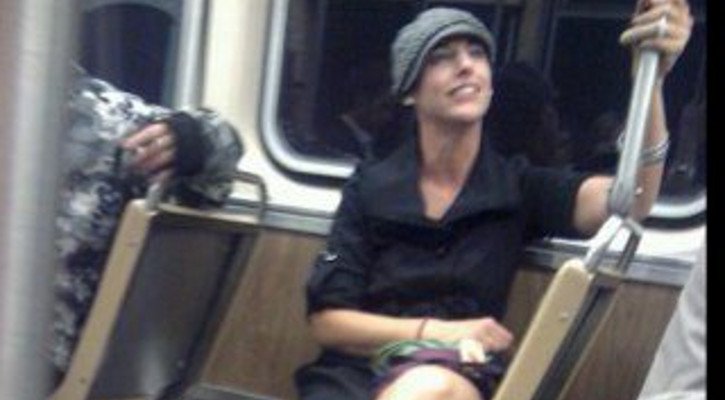 MANAGING DIRECTOR, Michel Euesden of the Euro Weekly News Media Group has been tweeting with a lady residing in the United States of America. Tweet followers and similar interests brought the tweeting ladies together where they have struck up an online friendship.

Having begun speaking with each other it became apparent and more discussed between them that Kelli, known via her screen tag as @daisygirl72, has a whole load of stuff going on in her life right now. Whilst socialising, studying, being a mother and much, much, more Michel learnt that Kelli is living with brain cancer and currently working on her bucket list.

Those who are unsure of what a bucket list is, it comes from the phrase ‘Kick the bucket’ which is considered slang for dying.

So imagine preparing a list, a list of what you the individual want to do before passing over; to complete your list and to be able to sit back and be able to say to yourself that you have achieved everything that you wanted to achieve in life before passing over. Wow! That is a hell of a thing to face head-on, to deal with mentally, to deal with daily and to do with for the very reason why you as the individual originally made your bucket list.

So dealing with brain cancer, the meds that follow, dealing with family, friends, everyday life activity and then to author your own bucket list, then work your way through it, surely that’s enough for anyone to deal with. What we do not do, unless being in that very position, is give thought to everyday thoughts and feelings of how the body is coping, how the body is reacting, and how with everything the individual feels as a matter of course.

Michel saw a tweet only days ago from Kelli, it read ‘High humidity makes my stomach all ‘janky’. A response from Michel read ‘Hi babes – don’t know what it’s called in the States but the English version is called Gripe water, have you tried it? Getting you girl’. Kelli had not heard of Gripe water so we put a tweet out via the Euro Weekly News Media Group for readers to read, to respond and help Kelli find something that may help ease the janky feeling.

Did the cyber world read the tweets? There were no responses and I wonder why, is it because nobody knows what Gripe water is, or perhaps because people do not know how to initially approach or deal with surreal life matters such as terminal illness, preparing for the inevitable, or if there is enough time to complete a bucket list or be part of helping another complete a bucket list.

Only listening to Michel’s explanation, it became more than apparent that to write this article would bring to the forefront of readers’ minds that a little communication and interaction may in a small way, or in bigger ways, reach out and help others. Those others may genuinely need contact, be it in person or through cyber channels. Why? To help Kelli deal with the blatantly obvious, brain cancer, and to ease the janky feeling so she can get on with her bucket list.

‘GRIPE WATER is given to infants with colic, gastrointestinal discomfort, teething pain, reflux and other stomach ailments. Its ingredients vary, and may include alcohol, a bicarbonate, ginger, dill, fennel and chamomile. Adults may also take gripe water for soothing intestinal pains, gas or other stomach ailments. There is no clinical evidence for the effectiveness of gripe water’.

So, with the definition of gripe water above, let us reach out again to our cyber readers. Where in the USA can gripe water be purchased, what is it called, who stocks it and who manufactures it. Your comments and advice are all welcomed, and please think, a few minutes of your time may help us to help another, Kelli, for who knows if that ‘janky’ feeling is a one off or an effect of the brain cancer.