We’re all the same on the inside 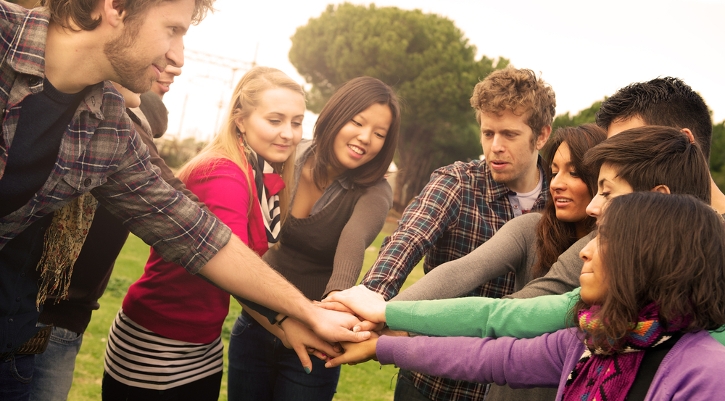 BLACK OR WHITE: There's no difference on the inside -

ALL this PC and racist rubbish really has to stop. If it walks like a duck, quacks like a duck and looks like a duck, it’s highly likely it could actually be a duck. If you’ve got frizzy hair a broad nose and thick lips you are probably of African descent. If you have slanted eyes and a round face, you could well have connections with China, Japan or certain other Asian origins. If you are white with a narrow nose and round eyes you are likely to be from Europe or some western civilization.

These dammed PC and racist ranters have actually managed to get millions of us denying our very existence. All of us are exactly the same on the inside; we have just evolved differently on the out, generally because of the wide assortment of environments that exist on this planet of ours. All these interfering PC pillocks are using the insecurity and immaturity of vast numbers of people to create racial hatred where it never existed before.

‘Paki’ was not considered a derogatory expression, until they decided it was. It was merely a more convenient shortening of the word Pakistani. The description of Jap is the same, as is Brit. What we all need to do is grow up. There was no racism intended when the Black and White Minstrels made themselves up for a bit of fun.

Many Japanese and Chinese carnival participants paint their faces white. The golly on the jar of marmalade was merely a black doll, nothing more, nothing less; rather flattering really. The people who make these decisions are in fact the biggest bigoted racists of all.

The whole lot of these sponging trouble-makers should be fired and their interfering, public money financed organisations, closed down for good. If they are allowed to continue unabated, I dread to think where it will all end. Probably with the banning of the words black and white altogether. Just a minute, hasn’t that already begun? Is it not, in some circles, already frowned upon to ask for a black or white coffee? With or without milk is I understand now the more acceptable term. Give us a break!

The recent vomit-inducing events in Rotherham are a prime example of the alarming events that can occur as a result of these interfering and highly dangerous PC committees.

Bunches of busybodies, which fester in our societies like uncontrollable tumours. Well it’s high time they were all stopped in their tracks. If they are not, we’ll all be at each other’s throats for simply existing at all. What do ya mean, we already are? Never mind. Chins up everyone. It’ll be a brighter day tomorrow!